WATCH: FANTASMIC! lights the night once more at Disneyland!

Following a refurbishment over the past few weeks, Fantasmic! has returned to Disneyland Park. The show remains unchanged from the most recent incarnation that debuted in the summer of 2017. Unfortunately, the first show out the gate was not without some hiccups. The show had a slight delay from its scheduled 9:00 pm start-time (which also puts a delay on the start of the park’s fireworks presentation) and ultimately saw its finale without any of the fire effects.

The new version of the show re-invited its 1992 original version with a host of technological upgrades and several new and updated moments in the show. While several elements have been changed, the show still seems to maintain a lot of the charm of the original. It will take purists a while to get used to it but this show is definitely still every bit as awesome.

A show as complicated as Fantasmic! has many contingency plans to avoid cancellation — the show must go on! For instance, there is a finale version of the show that can be put into place should the Mark Twain be unavailable or even a failure to launch from Murphy the dragon. However, the Sailing Ship Columbia is an element of the show that requires operation of the vessel so when refurbishment forces closure of that attraction, it also forces closure of Fantasmic!

Are you excited for the return of Fantasmic! 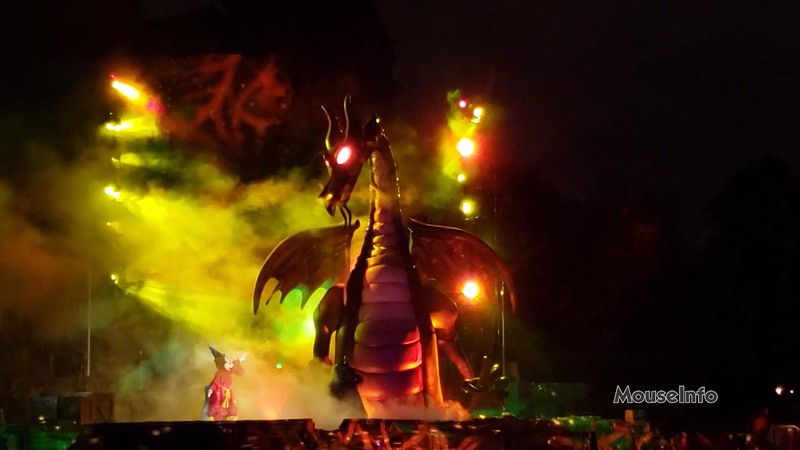