After a noticeable absence in the previous film, BO PEEP is back! Disney-Pixar issued a new teaser video and poster to commemorate the return of Woody’s long-lost love in the upcoming TOY STORY 4.

Annie Potts returns as the voice of Bo Peep. “She is modern, independent, capable and confident,” said Potts of her character. “Bo is written and conceived to be inspiring as she has weathered life’s ups and downs with grace. I aspire to that.”

In TOY STORY 3, we learned that Bo Peep, like many other toys in Andy and Molly’s rooms, ended up leaving the household. But now, in her triumphant return, we see that she has seen some action!

Fans might notice that she looks a little different — she’s missing her trademark enormous dress, for one — but this is definitely the same Peep! Despite looking on first glance that she’s been turned into a plastic doll, closer inspection shows that the’s still a ceramic figure. She still has her shepherd’s crook, an accessory that has taken decidedly more badass evolution on our heroine. Plus, some purple tape on her arm indicates a past with a few cracks in it and her new cape appears to be made from her old dress! 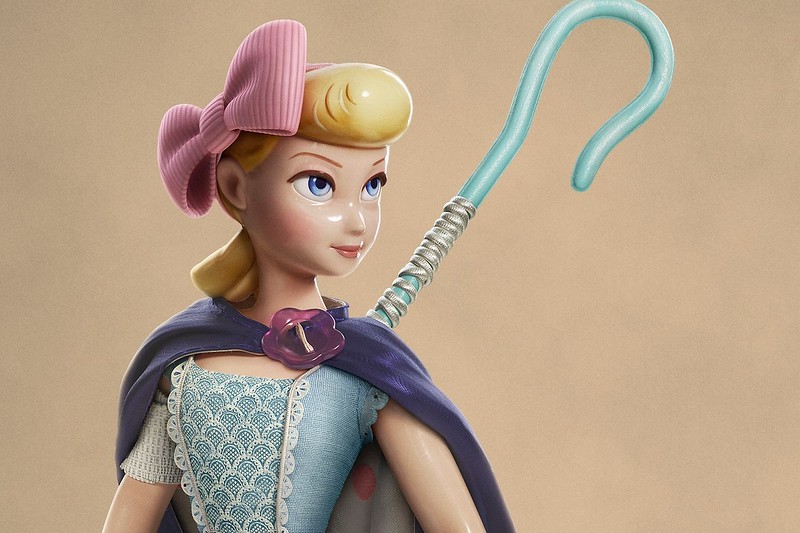