REVIEW: THE NUTCRACKER AND THE FOUR REALMS is an enchanting holiday feast for the eyes 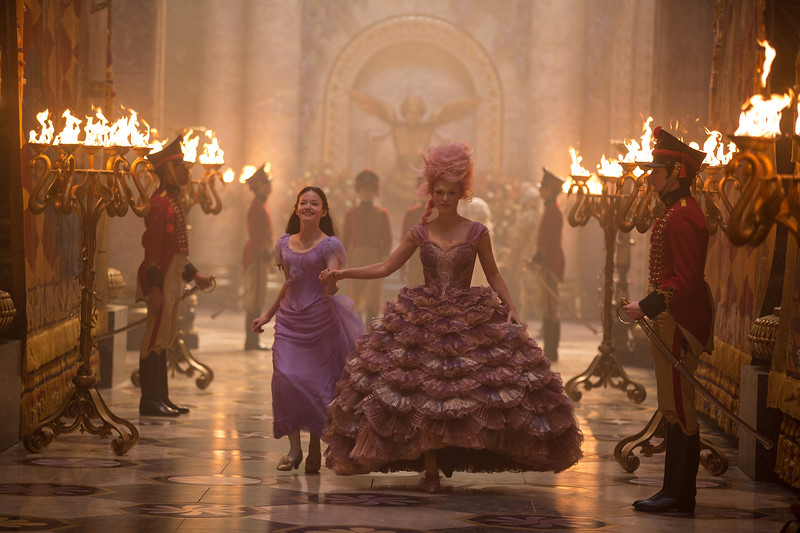 THE NUTCRACKER AND THE FOUR REALMS is a charming holiday tale that takes us to the Four Realms of nutcracker lore for a sequel of sorts to the original ballet story.

Our protagonist Klara (Mackenzie Foy) is a delightful character full of charm and wit with an inventive mind and heavy heart following the unexplained death of her mother. She lives a seemingly comfortable Victorian life with her sister, brother, and father before embarking on her journey to the same land that her own mother also explored in her youth. Klara encounters a bevy of mostly unnecessary supporting cast in the magical world of the Four Realms and also encounters key players including helpful and heroic Nutcracker (Jayden Fowora-Knight), mysterious and reclusive Mother Ginger (Helen Mirren), and sugary-sweet Sugar Plum Fairy (Keira Knightly) who has taken a particularly keen interest in young Klara. 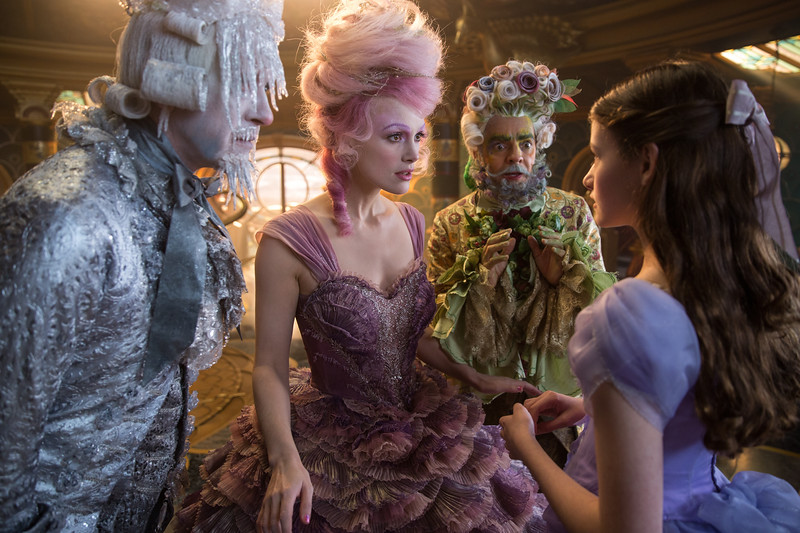 While I personally found the film to be absolutely delightful and definitely one worth seeing this holiday season, it is not without its flaws. It almost seems like you can take equal parts Alice in Wonderland and Oz the Great and Powerful and combine with two parts Chronicles of Narnia (the first one) and you get a sense for what this holiday story unveils.

Perhaps the biggest detractor is the ambition of its scope. Not in its storytelling but literally with the scale of the world. The traditional Nutcracker ballet takes place on a stage it’s intimate. It’s close. And while it obviously conveys expanses of space, the medium itself is still very intimate. And yet, with FOUR REALMS Disney has taken us to a world that doesn’t feel entirely different from the Wonderlands, Oz’s, Tomorrowlands, and Camazotzs that we’ve seen over and over and over again. They are massive, charmless, and very very plastic. And yet it does stand out ever so slightly.

The story starts off with beautiful sweeping shot over Dickensian London; the bustling streets and tight alleyways are a traditional holiday sight (even if they are done here in that trademark plasticy CG) but as soon as we get to the interiors, we find a lovely richness and REALNESS to the world in which the characters live. It feels tangible, real. Sure, there’s some CGI filling in the holes of practical vs digital sets but it still feels mostly terrestrial. Even when we first get to the Four Realms, there’s still a promise of a delightful believable world; the forest and snow for the most part are real. You’d expect that Klara could actually reach out and shake the snow off the branches. But as she explores the world further, it opens up more  and more into the bubble gum saccharin digitally-generated vistas that do little to convince me we’re that we’re not just re-treading CG worlds that have already been rendered and covered with snow.

Unexpectedly, there’s a tribute that we won’t spoil that comes as a pleasant surprise for classic Disney fans (we’re going WAY WAY back on this one). It is as enchanting as it is slightly puzzling in its inclusion. This tribute would later come full circle with a beautiful end credit ballet sequence with renowned dancers Misty Copeland and Sergei Polunin.

A delightful family film is surely to be found in THE NUTCRACKER AND THE FOUR REALMS but what remains to be seen is if it will spark a new holiday tradition or franchise. I suspect those with a youthful wanderlust for adventure will find particular enjoyment with this film but it should otherwise charm audiences with an adequate holiday tale set in a colorful fantasy world.

THE NUTCRACKER AND THE FOUR REALMS enchants theaters starting today. 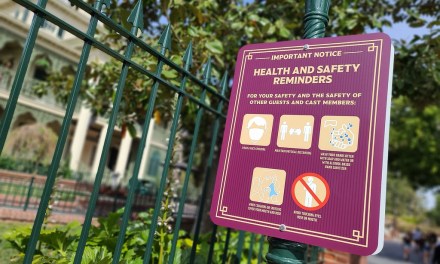 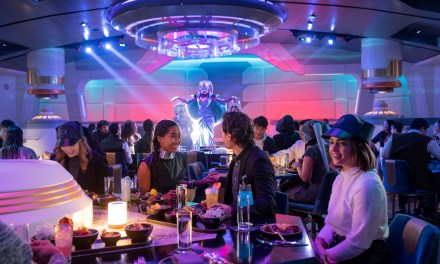