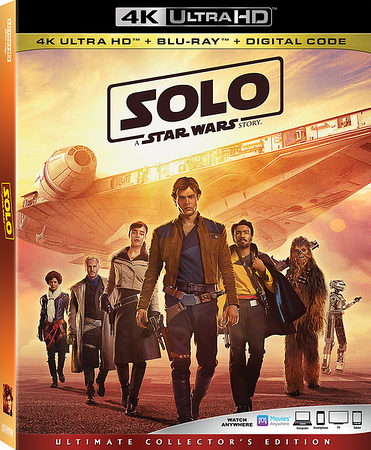 Although the film failed to soar to the box office SOLO: A STAR WARS STORY is actually a super solid action adventure film. While it doesn’t quite tug on the heart-strings as one might hope, it never pretends to try, either. It’s a unique beast in its own right and soon you’ll be able to bring it home.

Highlight of the extras include  behind the scenes to experience compelling discussions with the star-studded cast and screenwriters Jonathan Kasdan & Lawrence Kasdan (writer of Star Wars: The Empire Strikes Back and Star Wars: Return of the Jedi); a revealing feature on Chewie and his enduring friendship with Han; a close-up look at the original version of the Millennium Falcon and Han’s first time piloting the infamous ship; the creation of the film’s otherworldly settings and pulse-pounding action sequences; and eight never-before-seen deleted and extended scenes. 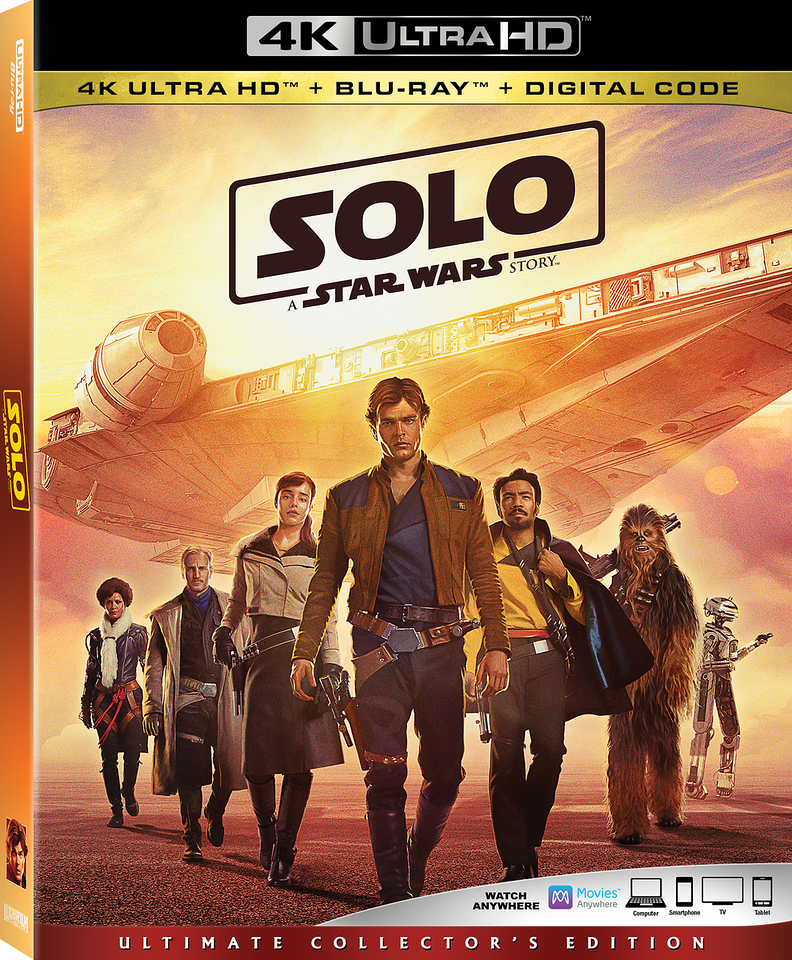