REVIEW: CHRISTOPHER ROBIN is very sweet without being saccharine but does it satisfy?

Winnie the Pooh and crew are back in Disney’s CHRISTOPHER ROBIN. Is the new live-action sequel adaptation of the classic animated stories worth the wait? Well, that’s a sort of sticky question to answer.

While I didn’t walk out of the advance screening feeling that I’d wasted my time, I didn’t leave exuberant and giddy, either. There’s a good movie in CHRISTOPHER ROBIN, it just didn’t quite get translated onto the big screen into a super successful tale.

Ewan McGregor in a lead role always seems like a solid bet and yet as the titular hero, he seems oddly out of place; not just as a character who has lost his way but as an actor in this particular role. Perhaps due more to the writing than his performance, he seems wasted as a character that is neither inherently likable or distinctively unlikable. Despite an overly-long opening sequence establishing an unnecessary backstory for our protagonist, he seems to have the depth of an affable sidekick. Surely, McGregor is only a conduit to get us to the stars of the Hundred Acre Woods but for a film centered on Christopher Robin, I found it hard for me to want to follow him.

The lovely Hayley Atwell is a treat and yet similarly wasted in the role as the nagging housewife but done so in a way that was endearing and never pandering. Oh, and she’s an architect, too? I love that Disney has reinforced more modern sensibilities with the family dynamics but it seemed unnecessary here and almost trite.

Bronte Carmichael as their daughter Madeline perhaps has the most untapped potential delivering a charmingly sweet and studious girl who, much like the childhood version of her father, is oddly wise beyond her years.

Winnie the Pooh (Jim Cummings) is most certainly the star; delivering his trademark curiosity and gullible innocence in a somehow even more precious and lovable manner than we’ve ever seen before. Perhaps it’s the contrast of Pooh’s sweet manner to Christopher Robin’s stressed aura but the film almost has a honey glow whenever Pooh is present.

As with the cartoons, the remainder of the cast fall to secondary platform. Tigger (also voiced by Jim Cummings) is as precocious as ever. Eeyore is hilarious and on-point voiced by Brad Garrett who is seemingly born for the role. Piglet (Nick Mohammed) is characteristically doubtful and endearing and then there’s subtle twists on Owl (Toby Jones), Rabbit (Peter Capaldi), and Kanga (Sophie Okonedo) that work well but are unsettling at first in their stark differences from the voices we know from the past.

As to their use in the film, Pooh and crew seem to clearly form a sort of manifestation of Christopher Robin’s youth, childhood, and innocence. They are a constant reminder beating down on him to be a better person. And yet we find that Christopher Robin doesn’t really seem to need much help. He is so incessantly perfect that he hardly seems in need of such desperate measures from the Hundred Acre Woods. He is the head of his department at work, he has a wonderful family that he loves, he lives in a great home (and has summer home in the country). The major dilemma which he must face is a work-related problem that he must solve. It is established that he’s been more and more obsessed with his work yet it also seems that he has extreme awareness of this issue and bears extreme guilt for it. So we don’t have much  to fix with his character, just his issues at work.

So the story meanders towards the expected happy ending and despite trekking quite literally all around the Hundred Acre Wood, we don’t really feel like we’ve gone anywhere with the characters and their growth. Still, there are some very sweet moments handled well without being overly saccharine — something I was really worried would be done here. The tender moments are handled quite well and the sweetness never becomes un-bear-able.

CHRISTOPHER ROBIN is not a perfect movie but it will definitely warm some hearts, draw some nostalgic tears, and certainly be a film the whole family can watch together. If there is a built-in appreciation for the characters then the film should have many fans but what has been crafted here does not exactly seem like it will do much in the way of garnering new fan bases — or sequels — which will likely be the most disappointing aspect for Disney. 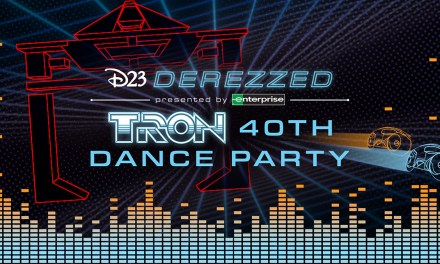