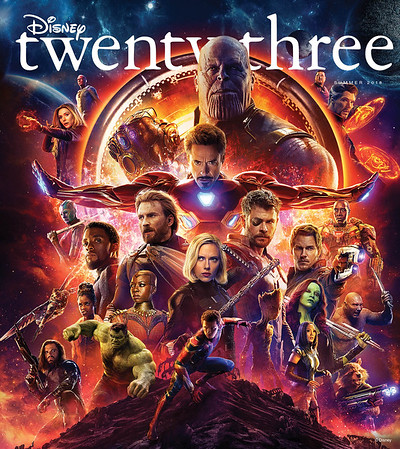 The summer 2018 issue of Disney twenty-three is ready to make a splash with FIVE different covers shipping out. What’s inside? A big look at the summer’s biggest movies with expected dose of insider peeks for upcoming features including Avengers: Infinity War, Solo: A Star Wars Story, Incredibles 2, Ant-Man and the Wasp, and Christopher Robin.

The issue is filled with exclusive interviews with the casts and creative teams behind this season’s films. Directors Anthony & Joe Russo—along with Scarlett Johansson, Zoe Saldana, and Sebastian Stan—take readers inside the thrilling ride that will be Avengers: Infinity War. And just for Disney twenty-three,Marvel’s Ryan Meinerding has created a spectacular piece of artwork, “The Road to Infinity War—10 Years of the Marvel Cinematic Universe,” featuring 14 characters heading into a battle. Director Ron Howard and star Alden Ehrenreich talk about filling the big boots and capturing the swagger of the galaxy’s greatest smuggler in Solo: A Star Wars Story. Mr. Incredible (Craig T. Nelson) takes off on his character’s greatest adventure yet: being a stay-at-home dad in Incredibles 2. Plus, Edna Mode gives her list of the best-dressed Disney characters. Ant-Man and the Wasp director Peyton Reed reveals he had a special visit from exterminators after finishing the first Ant-Man, while the hilarious Evangeline Lilly talks about playing it cool with co-star Paul Rudd. Rounding out the summer, Christopher Robin promises to charm us, and Ewan McGregor, who plays the title character, talks about relating to the challenges of the now-grown-up Christopher, as he meets up once again with Winnie the Pooh and his childhood friends.

The issue also takes readers down the aisle for a first-look at Freeform’s Disney’s Fairy Tale Weddings. Disney twenty-three spoke to some of the happy couples—and happy hosts Stephen “tWitch” Boss and Allison Holker—about tying the knot at the happiest places on earth: Disney theme parks and resorts.

Plus, in honor of the 20th anniversary of Mulan, actress Ming-Na Wen shares some of her memories of making the beloved film—and the traits she thinks the animated warrior shares with Wen’s current role as Agent Melinda May on Marvel’s Agents of S.H.I.E.L.D.

Also included in the summer issue of Disney twenty-three:

Disney twenty-three Summer 2018 issue– which is delivered exclusively to D23 Gold and Gold Family Members as a benefit of their membership — will begin arriving in mid-April. 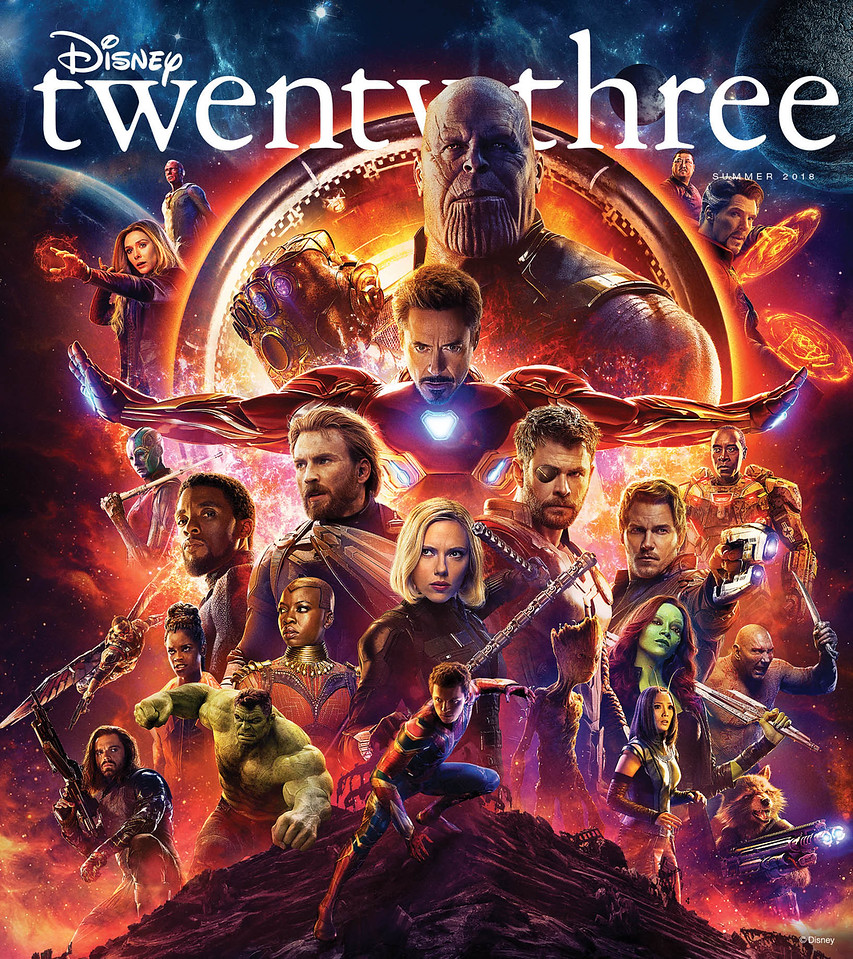 A WRINKLE IN TIME coming soon for home release