Walt Disney Studios Park at Disneyland Paris is launching its inaugural DISNEY FANDAZE party this year with a host of character offerings, celebrations, and experiences. It all takes place for one-day only on June 2, 2018. Here’s a look at what fans can expect to encounter:

Mickey, Minnie, Duffy, ShellieMay, Donald, Daisy, Goofy, and Pluto will greet fans dressed in the most extravagant outfits – created especially for Disney FanDaze, the biggest fan event of the year! These colourful new outfits will add a special twist to some of our most beloved stars. Innovative both in design and material, they’ll speak to fans’ inner fashionista and quickly become the latest in Character couture!

You all have been waiting for the news! For the first time ever at any Disney Park, Ortensia, dearest friend of Oswald the Lucky Rabbit, will make history by joining the Disney FanDaze VIP family!

We recently teased that fans would be able to meet over 50 Disney Characters, some of them for the first time ever. They range from the well-known – VIPs with brand new costumes – to the most rare, like Horace Horsecollar, Clarabelle Cow and Clara Cluck. Guests will also be able to meet Sulley, Boo, and for the first time ever at Disneyland Paris George Sanderson and Needleman from Monsters Inc., Joy and Sadness, Bolt, Duffy and ShellieMay, Kuzco and Kronk, Quasimodo and Esmeralda, Elena of Avalor, Gauchito, Burrito, and the beautiful Yaya from The Three Caballeros.

Disney FanDaze Inaugural Party will also feature an exclusive reunion with friends from the Disney Afternoon. Your pals from Darkwing Duck, Goof Troop, TaleSpin and Chip ‘n Dale: Rescue Rangers will be delighted to pose for a snap with their favourite fans. Characters from Hercules, Atlantis: The Lost Empire, Treasure Planet, and even some of your Big Hero 6 friends will be all over the park and excited to meet with you during the Disney FanDaze Inaugural Party.

This year marks the release of Disney•Pixar’s much-awaited Incredibles 2. On this occasion, our favourite super heroes Mr. & Mrs. Incredible will meet guests at the Art of Disney Animation during the Inaugural Party. What’s more, and for the very first time at Disneyland® Paris, Frozone will be there and ready to chill with his fans alongside his Incredible friends.

For the first time ever, witness around 16 Disney Heroes and Villains such as Hercules and Hades, Li Shang and Shan Yu, facing off in the heart of Walt Disney Studios® Park. You better keep your camera and phone close, because you never know when an amazing photo opportunity will arise.

Brand new shows, for one night only!

You won’t want to miss the Dance your DuckTales Parade. Featuring all your favorite ducks, including Scrooge McDuck, Huey, Dewey, Louie and Launchpad McQuack flying in on their Hot Air Balloons from Duckburg, while more than 40 performers bring the streets to life! If you’re looking to make incredible memories, this quacking good time in the street is sure to fit the bill!

Get your groove on and jam to great Disney musical hits with this exciting Dance Party in Production Courtyard!

Max-Live! Gettin’ Goofy with It

This nighttime spectacular will undoubtedly be the highlight of the party. Don’t miss Max’s big debut as he shoots for superstardom on the Production Courtyard stage, completely re-themed for this magnificent concert. Max in his stunning new outfit is totally in charge of his own smashing line-up. He’s got bright lights, awesome music, mega sound, cutting-edge video, a rockin’ dance crew, and cool friends dropping by! With more than 30 new outfits created especially for this show, Judy Hopps, Kuzco, and even Stitch will be there to rock your night with Max!

Speaking of Stitch and only for the Inaugural Party, Disney FanDaze presents Jumba & Pleakley’s Mission: Stitch! The popular interactive show “Stitch Live!” will be hosted by none other than Jumba and Pleakley. Our friends from Lilo & Stitch will take over the Space Traffic Control and help Stitch escape from Captain Gantu. You won’t want to miss this!

Oswald is coming to Hollywood Boulevard in the Roaring Twenties and introducing his dearest friend Ortensia! This is THE big news in town, and they will surely be followed by photographers, reporters and enthusiastic newsboys!

A perfect night deserves a perfect ending. More than 80 Disney Characters from the event will end the evening on a magical note with a grand parade – a last chance for an unparalleled photo opportunity!

An atmosphere unlike anything seen before

For one night only, we’re transforming Walt Disney Studios Park into a dazzling Disney FanDaze universe. At Disney Studio 1 and Place de Rémy, live musicians will fuel the party vibe throughout the night with Disney songs. And photographers will wander the streets, capturing beautiful images of the night’s true stars – YOU, our fans.

Walt Disney Studios Park will open its gates exclusively for fans during the Disney FanDaze Inaugural Party. From an epic 13-floor plunge on the Twilight Zone Tower of Terror to being shrunk down to the size of a rat in Ratatouille: The Adventure, this is an exclusive evening with a limited number of tickets that no fan will ever forget.

For one night only, you’ll have the chance to be the brightest star on one of the most famous stages in Walt Disney Studios® Park: Animagique Theater. Warm up your vocal cords for a magical Sing-Along contest. It’s guaranteed to be a great time, and if you hit the right notes, you could win some exciting prizes including the chance to rub shoulders with Oswald and Ortensia!

A grand raffle with a fairy tale prize

A raffle ticket is included in your package, and could win you a dream night in the luxurious Sleeping Beauty Suite at Disneyland® Hotel.

Guests will savour unique flavors from original menus created just for Disney FanDaze and served up at restaurants and gourmet kiosks, while exclusive limited edition merchandise is sure to delight the most dedicated of Disney collectors.

Every fan has a unique Disney style they can’t wait to show off, and Disney FanDaze Inaugural Party invites fans to do just that! Disney pins, hats, ears and other accessories will bring the Disney fantasy to life, inspired by a favourite Character or even an unforgettable Disney attraction. You can DisneyBound or wear a costume as long as you “show your inner Disney”. Each original and eccentric look is sure to be one of the evening’s major attractions! (Specific rules apply available on http://fandaze.disneylandparis.com/)

If you’ve ever dreamt of meeting real life Disney Imagineers, you can enhance your experience by purchasing a ticket to a conference with the creators behind our iconic lands, attractions and shows. Special behind-the-scenes opportunities will take place in the Animagique Theater. From a focus on Disneyland Paris by Portfolio Creative Executive Tom Fitzgerald, to an exclusive peek into the world of Duffy & Friends by Walt Disney Imagineers Daniel Jue, Ethan Reed, and Charlie Watanabe, these opportunities should not be missed! (restricted access with dedicated tickets required, not included in the packages on offer (except the Ultimate FANtasia package) and the individual tickets).

A masterclass with a Disney Legend

Have you ever dreamt of meeting a real Disney animator? Disney Legend and former Disney animator Andreas Deja, who has created memorable characters such as Scar, Hercules, Gaston and Jafar, will be on hand to share exclusive insights into the art of Disney animation. You may even learn how to draw one of his famous characters, directly from the man himself at the Art of Disney Animation! (free access subject to seat availability).

The Disney FanDaze Inaugural Party is an event that promises to be like no other – a dream come true for all Disney fans, with surprises at every turn and a succession of unforgettable moments to enjoy together.

Themed Package reservations are now exclusively open through our Reservation Center. Individual tickets without packages will be available at a later stage.

* Only the following activities will have restricted access, and will require tickets not included in the packages on offer (except the Ultimate FANtasia package) and the individual tickets:

* Participants will have unrestricted access to all other activities listed above. 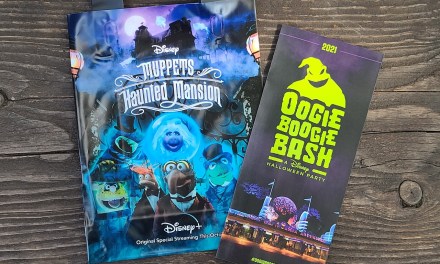 COMPLETE GUIDE: Creep your way into Oogie Boogie Bash 2021 at Disney California Adventure without a ticket!