From Feb. 3 through April 7, Universal Orlando’s Mardi Gras 2018 will offer more opportunities than ever before for guests to experience Florida’s Biggest Party.  On 13 select nights, fans can sing along to popular hits as some of the biggest names in music take the stage, including GRAMMY Award-winning rapper, Macklemore, international superstar and recording artist, Sean Paul and award-winning, multiplatinum chart-toppers, Fifth Harmony.

The musical stars won’t be the only ones on display as a constellation-themed Mardi Gras parade will keep the good times rolling every night throughout the streets of Universal Studios Florida with breathtakingly detailed floats, festive krewes of colorful dancers and stilt performers, and countless beads.  Six new celestial floats – including Taurus, Virgo and Serpentarius – complete a lineup of 12 intricately hand-crafted floats engineered by Kern Studios, designer of the original New Orleans Mardi Gras floats for more than 50 years.

The excitement of Universal Orlando’s Mardi Gras celebration is included with admission to Universal Studios Florida or with an annual pass.  Florida Residents can get three months free on Power, Preferred and Premier Annual Passes with a UPC code from select Coca-Cola products.  For more information on Mardi Gras, visit www.universalorlando.com/mardigras. 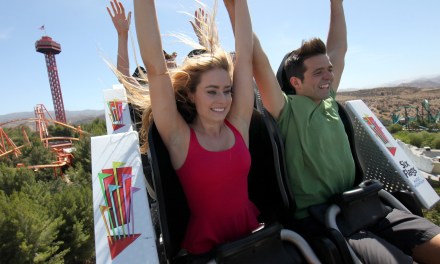