Universal Orlando’s 2018 Mardi Gras kicks off this weekend bringing with it a constellation-themed nightly parade, which includes six new Mardi Gras floats – including Taurus, Virgo and Serpentarius – complete with dozens of colorful dancers and stilt performers, and endless amounts of beads. Guests can also enjoy authentic New Orleans-style cuisine at The French Quarter Courtyard and music by bands pulled straight from Bourbon Street.

Of course, there’s also the Mardi Gras concert series which will be kicking off on February 3 with recording artist Sean Paul. He is one of 13 nationally recognized musical acts performing live on select nights during Universal Orlando’s Mardi Gras celebration.

See below for the complete concert schedule.

Mardi Gras is included with admission to Universal Studios Florida or with an annual pass. Florida Residents can get three months free on Power, Preferred and Premier Annual Passes with a UPC code from select Coca-Cola products. For more information, visit UniversalOrlando.com/MardiGras. 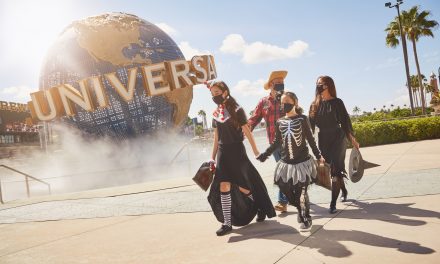