It’s back again. The palpable excitement for the return of a saga set a long time ago.

NO SPOILERS will be found in this review but the format of the talking points will be a bit atypical. That’s because my response to the film was a bit atypical. Over and over, as I kept processing the film after exiting the theater, I kept going back to how much this film is NOT like its predecessor. For some that might be a great thing. For me, it was not.

Comparison games are a dangerous course when reviewing a new movie but 2015’s THE FORCE AWAKENS is the foundation of the framework around which my fandom for the relaunch of the franchise is so strongly based. It’s a bit difficult to process my reaction to THE LAST JEDI without exploring how different it was from the record-breaking previous film. With the former, it felt like a rebirth and new way to dive into that same old Galaxy far, far away. With the later its DNA feels distinctly different. Perhaps that is not a bad thing. Certainly, the Harry Potter franchise required it as it moved through to its conclusion.

Still, I didn’t have the same sense of excitement with THE LAST JEDI.

I didn’t have similar feelings at its conclusion that I’d experienced previously from this rebooted franchise. I was mostly just a bit… whelmed. That’s not an actual word but that’s because there’s not really a word to describe how I felt. But I didn’t hate the movie. Surely, there are TONS satisfying elements and moments. Yet, I just continued to feel that I wasn’t being as immersed and completely engrossed as I was before.

Some of the character development and their motivations also seemed slightly muddled while others really soared. The detractors were a few moments between characters that just seemed oddly unsatisfying and that’s because I felt unclear of their exact motivations. It happened more than once with more than one character; not intentional misdirection or hidden motivations but just slightly sloppy character interactions. There were also more than a few times that I felt the character reactions took me out of the story just a little bit with some of the idioms and expressions that were used.

What’s most strongly missing for me was the feeling of being in the familiar Star Wars galaxy. One of the things I commended about THE FORCE AWAKENS was how it did not feel like a retread of OTHER franchises like GUARDIANS OF THE GALAXY or STAR TREK. Unfortunately, I felt pangs of familiarity in THE LAST JEDI and the connection that I felt so closely knitted new and old was decidedly less concrete here. The lack of believability can also be attributed to the departure from literally feeling real. There’s so much CGI here that the very tangible feeling that was so carefully crafted for THE FORCE AWAKENS is very obviously missing. It’s not completely absent but more than a few times I felt like I was looking at footage from a Marvel feature which itself is not necessarily a bad thing — just not what I was expecting.

Humor is always so subjective and that was another element that just missed the mark for me. There were several moments where things happened that were supposed to be funny — and the audience certainly laughed — but it didn’t vibe for me. It didn’t feel natural to the typical flow in these films. Also, Porgs still do absolutely NOTHING for me. Sorry, they just don’t. But now I’m sounding like a miserly old hermit who’s been holed up in a cave on a remote island… or desert planet. As I mentioned before, I didn’t hate THE LAST JEDI.

One thing that continues to be handled really well in the evolution of the franchise is the incorporation of the old characters and new characters. As before, the original characters are so organically placed in the story that they get their due screen time without feeling sentimentally lodged in. That leaves plenty of time for the new characters to experience their growth and carve out their stories. Music is also so so pivotal in these films and the careful use of former themes is used here so expertly.

Another really exciting component takes place back on the island as we learn along with Rey more about the mythologies and lore of the Force. There’s a lot of finesse in describing it and thankfully without single mention of a midichlorian. Luke’s perspective is different than that of his master and it’s a really great way to interpret the “hokey religion” of the Force. In fact, some of the strongest moments for me took place on the remote green island of Ahch-To.

Rian Johnson has certainly crafted a different approach to the Star Wars galaxy. While it was not necessarily one in which I found myself completely loving, it still did a fantastic job of continuing the saga. Hamil, for the first time in the franchise, feels like a fully realized character with Luke. He is fantastic. Carrie Fisher is true a queen — even if Leia is actually a general; her presence will be sorely missed in the concluding chapter. Poe (Oscar Isaacs) gets some major portions of humble pie. Finn (John Boyega) really proves his grit as a hero.

Maz Kanata (Lupita Nyong’o) gets brief hologram presence that cements how amazing this character is, even with such little screen time. Domhnall Gleeson evolves Hux with some really great screen time as not just a baddie on the Dark Side but really great interactions in his struggles with Kylo Ren. Kelly Marie Tran as Rose Tico is adorkable, Laura Dern as Amilyn Holdo is regal and mysterious, and Benicio del Toro is… well, in the movie. And of course, Rey (Daisy Ridley) and Kylo Ren (Adam Driver) — holy smokes, you just have to watch! John Williams managing the most ever-present character with the score continues to be breathtaking. 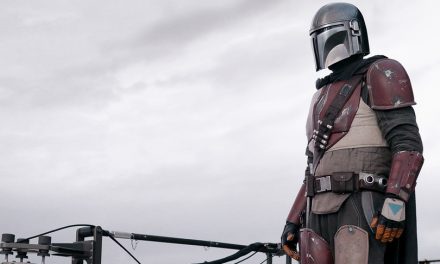