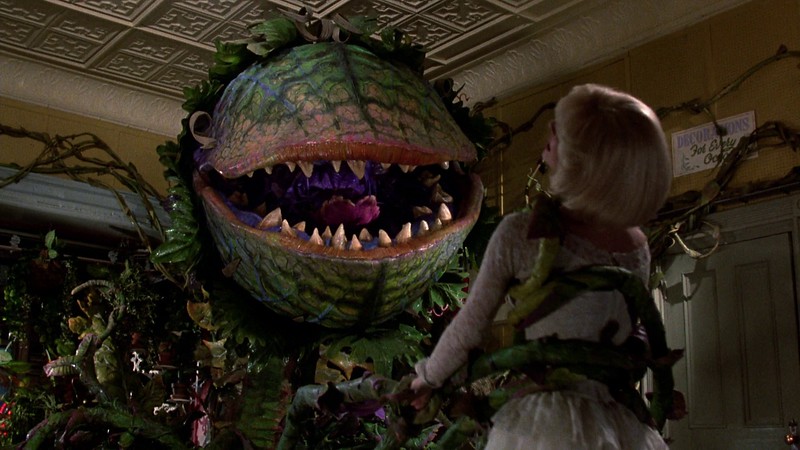 At the end of the month the cult-classic LITTLE SHOP OF HORRORS will be returning to theaters thanks to Fathom Events and Warner Bros. For it’s two-day-only return to the big screen, the film will be shown with its original (much darker) ending.

In addition to the elaborate, 23-minute finale, which has been digitally restored to the acclaimed 1986 musical, this special theatrical presentation of “Little Shop of Horrors, will also include a brand-new, exclusive interview with the film’s visionary director Frank Oz. You know, the guy who brought YODA to life for the original Star Wars with his voice and puppeteering. You might also known him for for his work with Miss Piggy, Fozzie Bear, Cookie Monster amongst many others.

If that’s not enough for you, Disney Legends Alan Menken and Howard Ashman helped create the memorable tunes from the film’s soundtrack. This early project by the duo would later be followed by the classic tunes they created for The Little Mermaid, Aladdin, and Beauty and the Beast. More Disney connections? The film’s star is RICK MORANIS! Sure he’s not quintessentially a Disney actor but he helped create the iconic Wayne Szalinski from the “Honey, I…” films which also spun-off a Disney Parks attraction in which he also starred.

Tickets for “Little Shop of Horrors” can be purchased online by visiting www.FathomEvents.com or at participating theater box offices. Moviegoers throughout the U.S. will be able to enjoy this event in more than 600 select movie theaters. For a complete list of theater locations visit the Fathom Events website (theaters and participants are subject to change).

“Little Shop of Horrors” was nominated for two Academy Awards®, including the high-energy “Mean Green Mother From Outer Space,” which Ashman and Menken wrote specifically for the film.  “Little Shop of Horrors” received widespread acclaim from critics upon its initial release, and became a perennial best-seller on home-entertainment formats.  Its loyal following has grown over the years, and while the film’s original ending has been released on DVD and Blu-ray, this special presentation by Fathom Events and Warner Bros. marks the first time it has been shown to a large-scale audience in cinemas.

Originally released in December 1986 and based on the off-Broadway musical adaptation of Roger Corman’s low-budget 1960 horror comedy, “Little Shop of Horrors” stars Rick Moranis as Seymour Krelborn, a loveable loser whose fortunes change when he discovers a mysterious plant he calls “Audrey II” after the demure love of his life, Audrey (Ellen Greene).  But as Audrey II (Levi Stubbs) grows, Seymour discovers the plant has a taste for blood, preferably human … and a lust for power. The film’s iconic supporting cast includes Steve Martin, Vincent Gardenia, James Belushi and Bill Murray, along with a unique trio of Tichina Arnold, Michelle Weeks and Tisha Campbell as “Greek chorus” Crystal, Ronette and Chiffon. 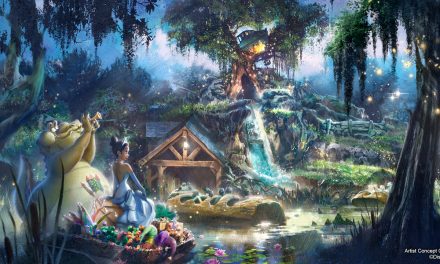 PICTORIAL: A look at all of the Halloween Time 2018 offerings at Disneyland Resort!