Hear that? That roaring crowd greeted Max as A GOOFY MOVIE returned to the big screen for the first time since 1995. The El Capitan Theatre celebrated with a big opening night party, and the Goofy fun continues through September 4.

Before the film began, Max greeted guests in the lobby (as he will do prior to every screening, so be sure to get there early!). Once inside, a costume contest was underway to reward the biggest Goof fans of all. The big winner was this awesome Bobby costume, complete with the Leaning Tower of Cheeza!

Max also comes on stage before each screening to perform the perfect cast – and what can we say, it’s like, totally rad dude!

Ladies and gentlemen, Max Goof's entire, unedited dancing debut at @ElCapitanThtre. He will perform at every screening of #AGoofyMovie – go! pic.twitter.com/7WCEseY3OF

And as a special surprise on opening night, Leonard Maltin took the stage for a short panel on the making of the film. He invited the film’s director, Kevin Lima (Enchanted), the voice of PJ, Rob Paulsen (Yakko and Pinky from Animaniacs), writer Brian Pimental (Aladdin) and storyboard artist Steve Moore (The Nightmare Before Christmas). Some amazing things we learned from the panel:

Maltin praised the film as an underappreciated gem, and the audience on hand agreed. Seeing it on the big screen was a blast and the opening night crowd was totally into it, cheering for each musical number and reciting some iconic lines alongside the movie.

Seeing it on the big screen does magnify how underappreciated it is – it doesn’t appear Disney has ever restored the film for a digital master the way it has for other films from that era. A GOOFY MOVIE still hasn’t been given an HD release on Blu-ray or otherwise, and judging by its nostalgic appeal to millennials, it would be worth the investment. Perhaps interest in Disney XD’s new DuckTales series will prove to Disney that 90s kids will show up and pay up for content they loved as kids.

Do not miss this limited engagement at the El Capitan Theatre in Hollywood. Get your tickets now before A GOOFY MOVIE hits the open road!

Tickets are on sale now, available at the El Capitan Theatre (6838 Hollywood Blvd.), online at elcapitantickets.com or by calling 1-800-DISNEY6. Special group rates for parties of 20 or more are available by calling 1-818-845-3110. 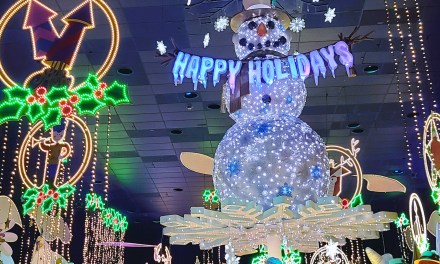 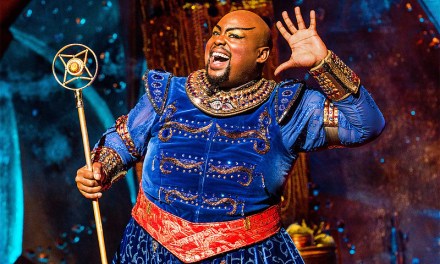