Ballroom 20 at San Diego Comic-Con became the home of the unliving walking (no, not those ones from AMC) from the CW’s popular iZombie. The panel was made up of stars Rose McIver, Malcolm Goodwin, Rahul Kohli, Robert Buckley, David Anders, and Aly Michalka, as well as executive producer Rob Thomas, for a special video presentation and Q&A.

The assemblage of talent from the self-proclaimed Zom-Com-Rom-Dram fielded fan questions and discussed some of the implications from the recent events of the season finale; the secret is out: The public is no longer in the dark about the existence of zombies. With Seattle now under zombie control at the hands of Fillmore Graves, Ravi’s search for a cure and vaccine for zombie-ism is now more dire than ever. Be among the first to get the scoop on what’s in store for Liv and the gang in season four.

iZombie returns to the CW this fall, Tuesdays at 9/8c. Thx to everyone who came to the poster signing @SDCC! Much love for weathering the lines, we appreciate it! #izombie pic.twitter.com/JeZ0nKlwPm 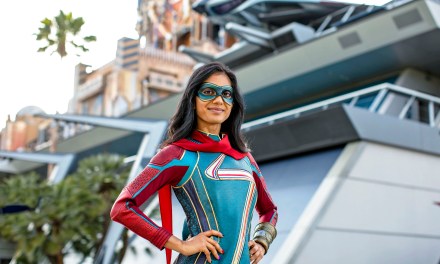 #SDCC: Outside of San Diego Comic-Con 2019, there’s a whole world of fandom to discover!