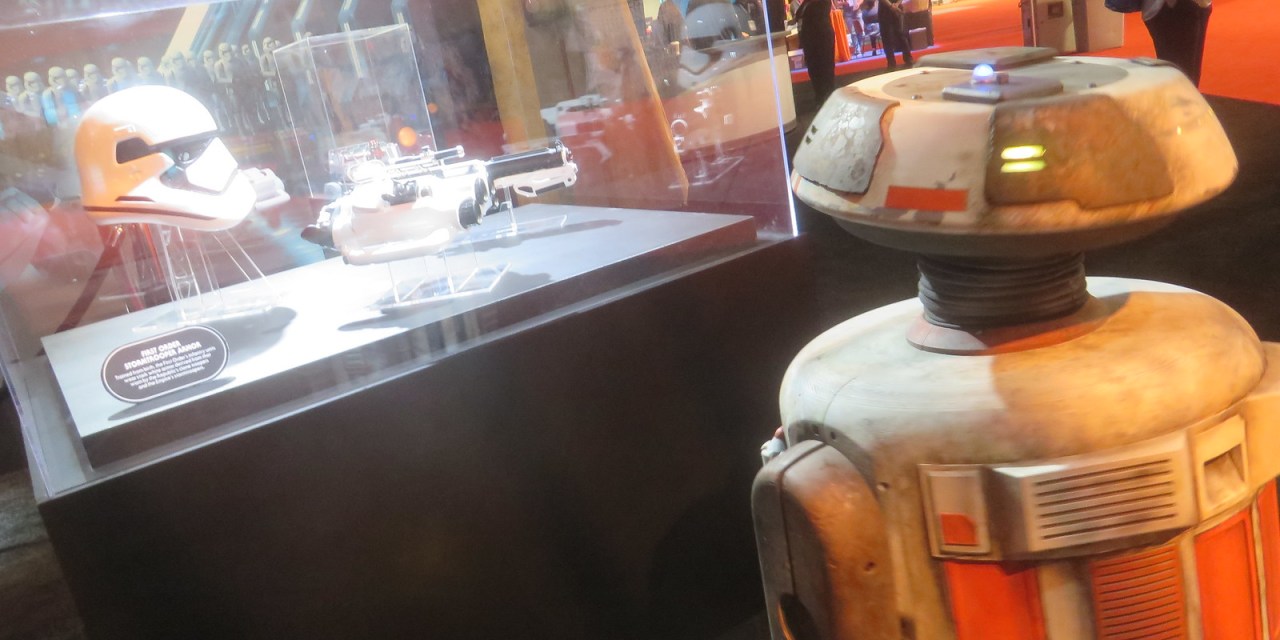 At the D23 Expo 2017 this past weekend, we had the opportunity to meet JAKE.

That might not sound like a name for a droid that would live in the Star Wars Galaxy’s Edge land (at Disneyland and Disney’s Hollywood Studios) and that’s because he might not actually be debuting in the immersive new land set to open in 2019. “Jake” is a nickname that Imagineers have given the adorable little automaton.

It’s unclear where in the Galaxy this little guy hails from but he could have served any function from protocol droid to perhaps even working on some state farm on a far off planet. In the few short moments we had with the little guy we fell completely in love.

Imagineers have been doing quite a bit of R&D the past few years to make the upcoming Galaxy’s Edge a truly landmark, ground-breaking, addition to the Disney Parks. The goal is complete immersion into the universe and that means replicating every possible detail that you might be familiar with after watching all seven of the franchise films (or potentially all ten by the time the land opens) and one of those undeniable details — aside from lightsabers, wicked hair dos, and blue milk — are DROIDS. Lots of them. Everywhere.

Imagineers have been hard at work to make droids that can roam the land and become part of the overall story. We couldn’t get much out of the Imagineers on hand but they did say that Jake was really more of a play test at the D23 Expo to see how the technology performs in a real guest environment.

I was able to confirm that this particular little droid is completely autonomous. That is to say, he is not being remotely controlled. To vastly oversimplify (using my words, not theirs) think of a Roomba Vacuum. He can sense obstacles in his path and compensate by moving around them or even by completely stopping, if necessary.

One of the other key things we picked up from this little demo in the Expo is that Jake is pre-programmed to know certain landmarks in a given space. If you see our video that we posted to Twitter  above you can see that Jake isn’t just aimlessly moving around the pavilion; he’s actually destination oriented, pausing to take a look at various elements around the exhibit.

It’s not hard to imagine that with a few extra bits of programming — for example having some data fed to him from guests via Magic Band-style RFID technology — that this little guy can actually lead guests on a mission in this new land. Possibly pointing out an access point to hack, a door to open, or a person to talk to in the new land.

The galaxy’s edge is the limit! 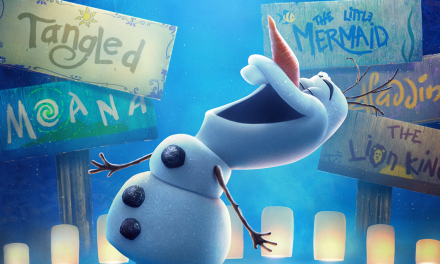