With a few new images released today, Disneyland Resort teased the return of many Frontierland favorites which are set to reopen once again this Saturday. The Disneyland Railroad, Mark Twain, Sailing Ship Columbia, were among the attractions affected by construction of the new Galaxy’s Edge Star Wars themed land.

The entire Rivers of America had to be re-routed to make way for the massive new galaxy far, far away and even included the downsizing of Tom Sawyer Island. The new work reveals new waterfalls, wildlife, and dioramas including a relocated Native American village and even a new prominent spot for the horse-riding chief dubbed unofficially as Chief Waves-A-Lot — so named since he waves at the Disneyland Railroad as it passes and also the major sailing vessels Mark Twain and Sailing Ship Columbia. Tom Sawyer Island returned to service a few weeks ago and then another classic, “Fantasmic!,” re-opened July 17 on the Rivers of America, telling the story of Mickey Mouse and his vivid imagination, Guests cheered as they welcomed back this nighttime spectacular’s classic theme song and the engaging storyline that has been treasured for 25 years. And explorers celebrated the re-opening of Pirate’s Lair on Tom Sawyer Island in June.

The Disneyland Railroad, an original Disneyland attraction and park icon, re-opens July 29, 2017. This fan-favorite attraction now travels a new scenic route along the north bank of the Rivers of America, where it traverses stunning new rockwork and waterfalls providing guests with breathtaking views along both sides of the train.  Guests also will enjoy this new landscape from the water as they welcome the return of the popular watercraft – Mark Twain Riverboat, Sailing Ship Columbia and Davy Crockett Explorer Canoes.

Kim Irvine, art director for the Rivers of America project, envisioned what it will be like for guests: “It’s hard to believe that right here, smack dab in the middle of bustling freeways and high-rises, you can enjoy a relaxing ride on an open-air train car and sail on a ship or canoe down a rolling river, surrounded by towering pine and oak trees with sightings of deer, elk, moose and beautiful waterfalls.” 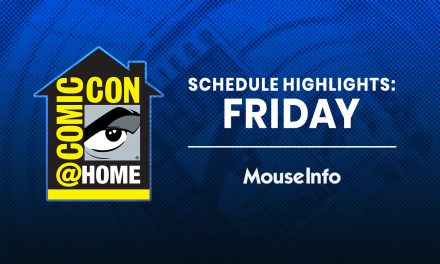 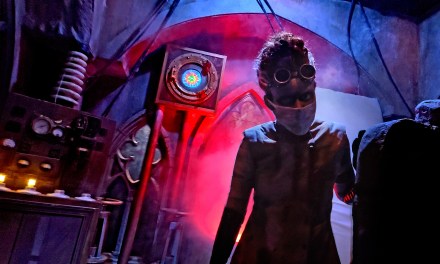