Saturday Hall H at San Diego Comic-Con did not disappoint–for those who managed to make it inside. We waited hours for the last panel of the night, MARVEL STUDIOS.

We got to see some great footage, stars from the films, and learned some more details about ANT-MAN AND THE WASP, CAPTAIN MARVEL, THOR: RAGNAROK, BLACK PANTHER, and of course AVENGERS: INFINITY WAR!

ANT-MAN AND THE WASP

To start off the panel,  Paul Rudd
and Michael Pena caught everyone up on the Marvel Cineamatic Universe in a hysterical video. After sharing the storyline for SPIDERMAN: HOMECOMING they immediately went into footage and concept art for ANT-MAN AND THE WASP and then into some casting announcements…

Kevin Feige dropped some bombs  about the highly anticipated movie. The film will be set in the ’90s; that means everything will unfold before Tony Stark is Iron Man, Captain America comes out of deep freeze, Thor crashes to Earth, and before the Avengers ever assemble…

It also means that Samuel L. Jackson, who is reprising his role as Nick Fury won’t be wearing the S.H.I.E.L.D. agent’s trademark eyepatch because he won’t have lost his eye yet! Wethinks we see how he loses his eye in this film.

Feige also confirmed this will also be the first appearance of the Marvel Cinematic Universe of the Skrulls.

Probably the most exciting moments of the panel was the insane amount of footage they showed from the film. Goldblum is pure amazingness, a great compliment to his brother the Collector.

Mark Ruffalo spilled the beans that Hulk talks basically like a 2-year old at this point because he’s spent some considerable time refusing to turn back into Banner.

They also confirmed Cate Blanchett badassness as the villain Hela, Goddess of Death. We also got a new poster for the film!

And of course… new poster! The film is directed by Ryan Coogler from a screenplay by him and Joe Robert Cole and they were both on hand for the panel along with and stars Chadwick Boseman as T’Challa / Black Panther alongside Michael B. Jordan, Lupita Nyong’o, Danai Gurira, Martin Freeman, Daniel Kaluuya, Angela Bassett, Forest Whitaker, and Andy Serkis.

After describing each character, Feige showed the most insane clip from the film of them in a casino. I won’t spoil it, but it is an action-packed scene that had everyone on their feet in Hall H. The energy for this one is off the charts!

Tom Hiddleston, Chris Hemsworth, and Mark Ruffalo, and Chadwick Boseman came onto the stage after the BLACK PANTHER footage and basically teased us and Kevin Feige about showing us more. Kevin going along with them said, nope we were just here for two movies, BLACK PANTHER and THOR. Mark, Chad, and Chris said no way, they need to see more!

Of course, Feige acquieses and they proceeded to show the same D23 Expo footage from the film. It was even more exciting than last time.

Overall, Marvel Studios did not disappoint. It was outstanding and looking forward to the next phase of the Marvel Cinematic Universe! 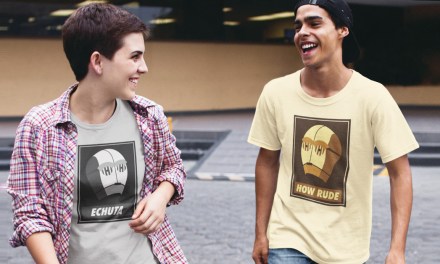