Kingdom Hearts HD 2.8 Final Chapter Prologue is undoubtedly for Disney Gamers. But it’s not for the uninitiated. If you’ve never played the Kingdom Hearts series before, this probably isn’t where you want to start.

I’m starting you off saying to not play this game? Well technically, no. The thing is, I love KINGDOM HEARTS but if you’ve never played the games, this is not the means for your entrance into the wonderful world.

As a fan of the series since its original release in 2002 for the PlayStation 2, I must admit I was a bit lost in this story… because in 2002 I was just 5 years old. Why was I interested in the series at only 5? Because protagonists of the series team up with your favorite Disney characters to prevent their respective worlds from being consumed by the Darkness. Therefore, if you do intend to start with 2.8 I highly recommend watching story recaps on YouTube for a refresher or buying the remastered versions of the earlier installments of the series.

Kingdom Hearts HD 2.8 Final Chapter Prologue is compacted with 2 games and a movie in one.

This remastered experience was originally released in 2012 as Kingdom Hearts 3D Dream Drop Distance. According to developer Square Enix, with its addition to Kingdom Hearts HD 2.8 this marks the first time it is playable on consoles. In this experience, you play as series protagonists Sora and Riku as they take the Mark of Mastery exam to prepare against oncoming foes. While the remaster was colorful and fresh I was disappointed to learn that it had little to do with the main story.

Creating Dream Eaters that support the protagonists on their journey was a new experience for me, but it wasn’t enough for me to become invested in this experience. As someone with less time these days I care more about the main story and Dream Drop Distance isn’t that. If you want to catch up with the main story or have already played the original version, you can skip this experience. Unless of course you want that clean new look.

Per Square Enix Kingdom Hearts x Back Cover is “A new HD movie that tells the mysterious story of the Foretellers, connecting the earliest parts of the series’ history, showcased in the mobile title KINGDOM HEARTS Unchained x.” Now like I said if you’ve been following the series since 2002 THIS is the experience you want to play and will enjoy. ‘0.2 Birth By Sleep’ is an episode that links the unreleased, yet highly anticipated and long awaited Kingdom Hearts III. Played from the perspective of Aqua ‘0.2 Birth By Sleep ’ teases the potential of Kingdom Hearts III. Aqua’s goal is to escape the Realm of Darkness and reunite with the series’ current protagonists Riku and Sora.

The fluidity and beauty of this experience compared to Kingdom Hearts II is unmatched and leaves fans of the series wanting more considering Kingdom Hearts II was released in 2005. We’ve waited 12 years for this, and we couldn’t be more hyped.

In all, Kingdom Hearts HD 2.8 Final Chapter Prologue is worth the price tag solely for the Kingdom Hearts 0.2 Birth By Sleep- A Fragmentary Passage experience as it leads to Kingdom Hearts III. If you want to play alongside Mickey, Donald, Goofy and the rest of your favorite Disney characters, and have a different but unique plot by Disney Interactive and Square Enix this is the series for you. However, if you’re just climbing aboard you have a lot of catching up to do. Disney fans alike should have no problem adding this series to their gaming collection. 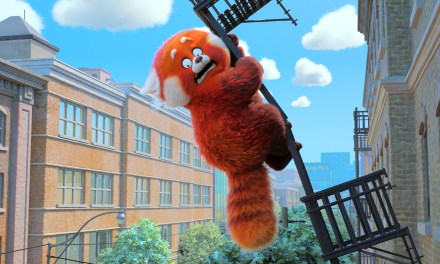