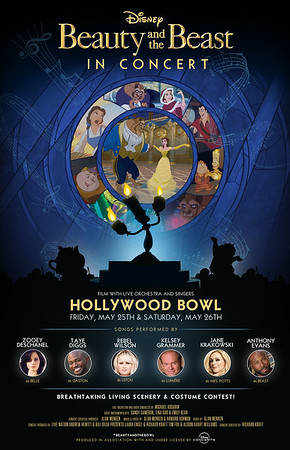 A tale as old as time and it’s being told once again! BEAUTY AND THE BEAST IN CONCERT at the Hollywood Bowl has been announced and it’s bringing with it some great star power. The animated classic is coming to the Hollywood Bowl for two evenings: Friday May 25 and Saturday May 26.

Alan Menken commented to Disney, “The Little Mermaid at the Hollywood Bowl was an amazing and unforgettable event. Now Beauty and the Beast at the Bowl is coming, with an extraordinary cast and a world class orchestra. I am beyond excited to be a part of what will be another fantastic evening.”

Concert director, Richard Kraft said, “Like our celebration of Disney’s The Little Mermaid in Concert at the Hollywood Bowl, we are mixing film, live music, singers, dancers, digital projections, effects, and special guest artists to create an event that pays homage to the original movie but also delivers something that can only be experienced live. Our creative mantra for this show has been: ‘We want our audience to be our guests. We have filled up the event course by course, one by one, ‘til they shout, enough I’m done!’”

Tickets and more information can be found here. 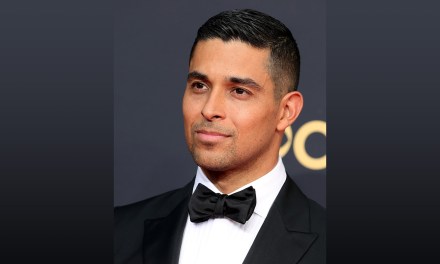