DOCTOR STRANGE is in! Now available in all formats including Blu-ray, DVD, and digital, you can relive the experience of a whole new brand of magic. While Disney and Harry Potter have introduced us to whimsical forms of prestidigitation, the folks of Marvel have introduced it into the Marvel Cinematic Universe (MCU) in an extremely practical way and its ramifications, as one would expect, have significance beyond just the start and end credits of this movie.

This home release for the film includes a predictable assortment of goodies that actually span an impressive depth. The goodies that you really want, you can only enjoy if you opt for Disney’s more deluxe packaging options on Digital or Blu-ray.

If there’s one thing Marvel does really well it’s making you care about characters you’ve never even heard of before. I suppose in a way, you’re forced to at least pay attention when they introduce new characters because if you’re a fan of the MCU, you’ll never know how important a character might be!

So whether you’re fan of the film or a Marvel completist who knows there are undoubtedly big hints and secrets in this film that we don’t even know are secrets yet, you’ll find a worthy investment in this edition.

DOCTOR STRANGE is available now on Blu-ray, DVD, and Digital. 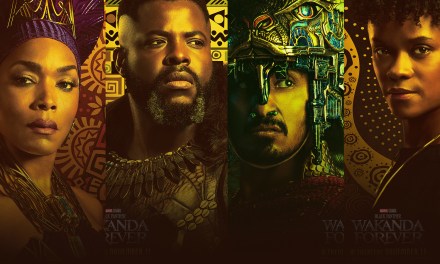 After seeing BLACK PANTHER: WAKANDA FOREVER and hearing from cast and crew, here’s what you need to know