By now, the 2017 D23 Member Gift is starting to find its way into the homes of D23 members and bringing with it a wealth of historic and nostalgic Disney touches. Themed this year to Walt Disney’s Nine Old Men, the collection is a special memento exclusively for D23 members who are Gold or Gold Family Membership level.

After being completely impressed by last year’s offering, From the Desk of Walt Disney, we were excited to see how the official Disney Fan Club would followup on the fantastic series. When we were offered to take a look at this year’s iteration, we knew that we would be in for a treat. And it did not disappoint!

Comprised of 23 different recreated pieces of ephemera, sketches, and more, the Walt Disney’s Nine Old Men member gift explores the Disney Studio from the earliest days of Snow White and up through 1989! The gift is treated as a Volume II to last year’s member gift and so it’s presented in a great themed box that resembles a vintage tome from the archives.

The contents inside are fantastic facsimiles with special attention to detail to help accurately replicate the original pieces. Several of the pieces are printed on similar types of paper as their originals and for detail nerds out there, they’ve also printed the BACKS of several of these pieces. Not just things like the greeting cards and programs, but the drawings and sketches have also been scanned ON THE BACK so that the detail of the drawings that have bleed through on the back of the original pieces is also captured in the recreations. It’s a super subtle but awesome detail. Combined with the super high quality scans of the pencil sketches, it creates a pretty authentic looking piece. It almost looks like you could run your finger across and smudge the pencil lines… not that you ever would, of course!

For the uninitiated, the Nine Old Men were so named following a joke that, like the US Supreme Court, Walt Disney had his own “nine old men.” They were comprised of legendary Disney animators Les Clark, Marc Davis, Ollie Johnston, Milt Kahl, Ward Kimball, Eric Larson, John Lounsbery, Wolfgang Reitherman, and Frank Thomas. This eclectic group of artists were responsible for so much of the look and feel of the Disney Characters over their long careers with the company. Some went back super early in Walt’s own career including Les Clark who signed on in 1927 to work on Steamboat Willie!

Here’s a recap of the 23 pieces included:

Some notable standouts in the collection include the recreation of the multiple page 1989 Disney Legends Award Ceremony Program (I don’t know why I find this so fascinatingly awesome), the mega fantastic Walt Disney Studios “Season’s Greetings” card from 1939 featuring Pinocchio (I would probably pay for a complete set of just these vintage Disney Studios Christmas cards), the insightful look at Cinderella Ball Gown Preliminary Designs, and the awesome The Art of Animation Book Spread that was autographed by all nine old men.

D23 also recently released a great video that featured a peek inside this awesome set and included some great stories from Disney Archive Director Becky Cline and Animation Research Library Manager Fox Carney. Check it out to get even more awesome insights on this very special collection.

The gift is available EXCLUSIVELY for Gold and Gold Family Members who join or renew from January 1 to December 31, 2017. But that’s not the only thing members get with these memberships. Other great perks include the beautiful quarterly publication of “Disney twenty-three” magazine, ability to access member-exclusive events, and an array of discounts across the globe and at Disney locations. 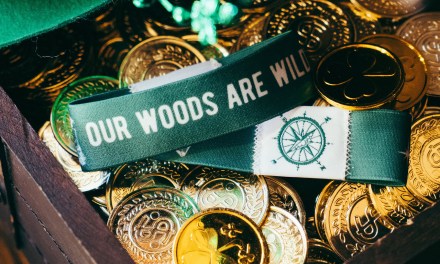