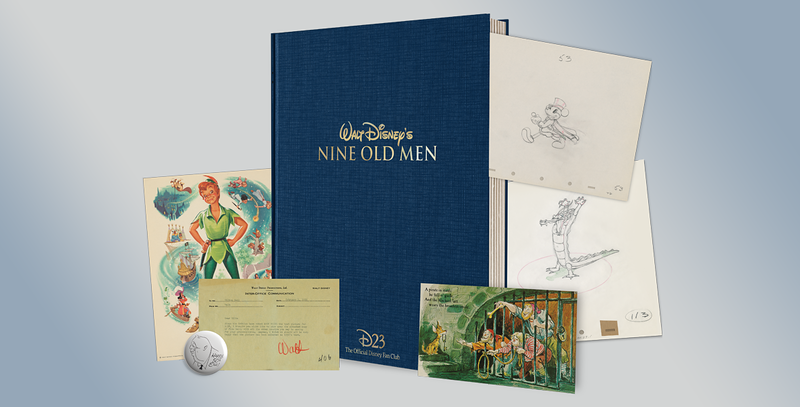 After creating a truly remarkable membership gift last year with items from the desk of Walt Disney, Disney D23 had a daunting task of matching the impressive scope for this year’s gift. They’ve done so this year with a similar approach simply called Walt Disney’s “Nine Old Men.”

Les Clark, Marc Davis, Ollie Johnston, Milt Kahl, Ward Kimball, Eric Larson, John Lounsbery, Wolfgang Reitherman, and Frank Thomas earned their nickname from none other than Walt himself. These animators were truly innovators—recognizing and putting into action new ideas, and bringing personalities to life through a craft that they helped create and continued to develop throughout their careers. The “Nine Old Men” are responsible for countless Disney characters, including Peter Pan (Milt Kahl), Maleficent (Marc Davis), and Jiminy Cricket (Ward Kimball).

D23 worked with the Walt Disney Archives and Disney Animation Research Library to curate 23 artifacts that honor the careers and legacies of the “Nine Old Men.” Included in the array of treasures are a behind-the-scenes studio production report marking Disney’s entry into weekly television, including episodes spotlighting the animators, a pinback button saluting Eric Larson on his 50th anniversary at Disney, the distinctive program from the 1989 ceremony inducting the “Nine Old Men” as Disney Legends, and faithfully replicated animation drawings actually penciled by the iconic animators. The gift is housed in a beautiful keepsake, a book-like box, perfect for display or safekeeping on your Disney bookshelf.

The gift is available EXCLUSIVELY for Gold Members who join or renew from January 1 to December 31, 2017. For more information on membership, click here. 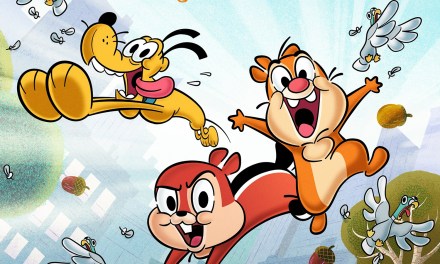