In an announcement made today, the Walt Disney Company and the Hong Kong Government are kicking off a $1.4 billion multi-year expansion of Hong Kong Disneyland.

New attractions and lands surrounding MARVEL and FROZEN are part of the plans plus more enhancements including the removal of the current Sleeping Beauty Castle for a newer grander royal abode, an unprecedented move for a Disney Park!

Here’s a quick summary of the upcoming announcements:

This proposed investment follows a period of historic growth at Hong Kong Disneyland. The resort recently celebrated its 10th Anniversary with brand-new popular experiences. Between 2011 and 2013, it launched three themed areas — Toy Story Land, Grizzly Gulch and Mystic Point. In addition, Iron Man Experience, Disney Parks’ first Marvel-themed ride, is set to open on January 11, 2017 and the resort’s third hotel, Disney Explorers Lodge, will open with 750 rooms later in the first half of the year.

Plans call for the expansion to be funded through cash equity injections from Hong Kong Disneyland’s shareholders – subsidiaries of The Walt Disney Company and the Hong Kong Government – based on current ownership stakes, which are 47% and 53%, respectively. This means the share of the project cost to be funded by the Company and the Government will be approximately $650 million and $750 million, respectively. The two shareholders have agreed on the development plans, subject to funding approval by the Company’s Board of Directors and the Legislative Council of Hong Kong for their respective share of investment.

Images are © Disney. All rights reserved. 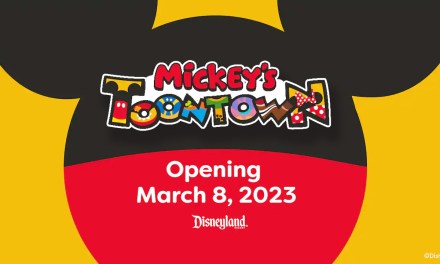