It was a quickie trip to the Disneyland Resort for us this weekend but no less full of excitement as the Halloween Time celebration rounds the final base towards its conclusion.

Even though Halloween isn’t until NEXT weekend, the Disney Holiday season is already making itself quite evident with more Christmas and holiday merch filling the shelves and even decorations going up.

Meanwhile, for now it’s a little more of the same at the Star Wars themed land construction site with more foundations going down, rebar going up, dirt moving aside, and more. Along the new route for the Disneyland Railroad, more rock-work is continuing to shake up. There’s a long way to go!

All of this and more in our latest pictorial! ENJOY! 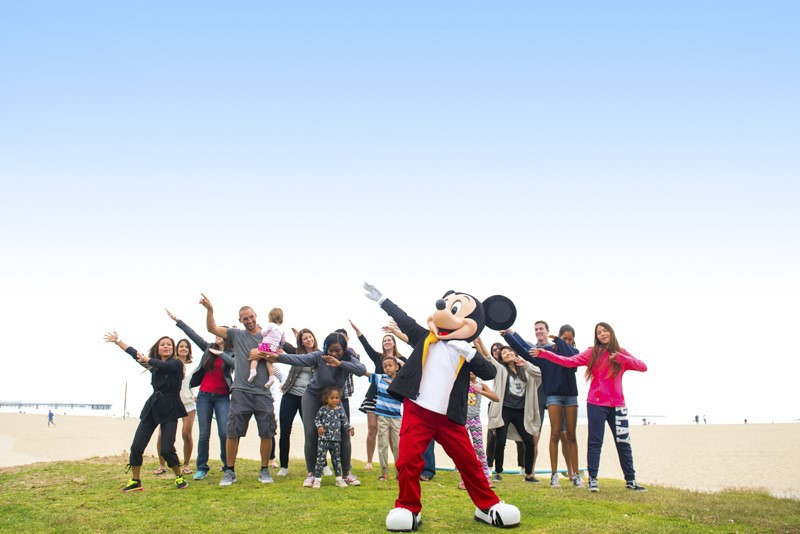 To celebrate his upcoming birthday, the big cheese himself is embarking on a trip around the world and he’s also going to be featured in a special pre-parade birthday celebration at Disneyland in Anaheim plus a special birthday-themed edition of the Move It! Shake It! Dance & Play It! Street Party at Magic Kingdom Park in Orlando.

Read more: #HappyBirthdayMickey will be celebrated at Disneyland, Disney World plus world tour 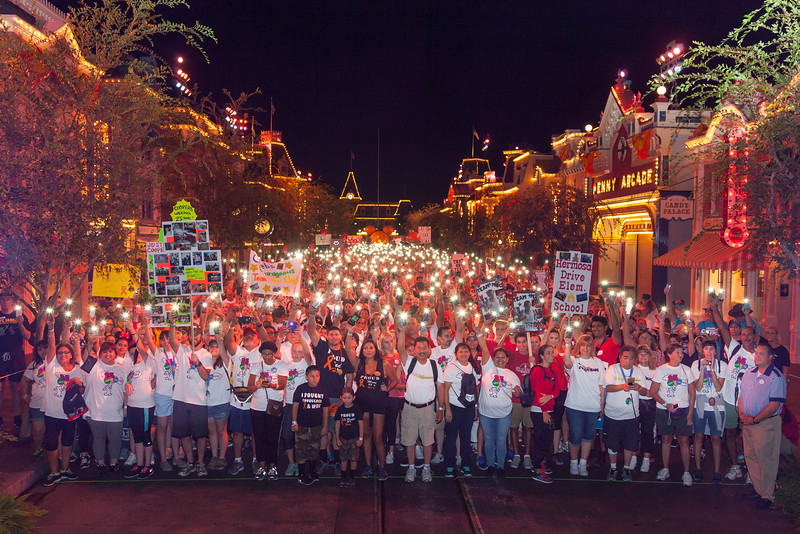 CHOC Walk in the Park is Children’s Hospital of Orange Country’s annual 5K walk throughout the Disneyland Resort. As the largest and most unique single fundraising pediatric walk event in the nation, last year’s walk raised more than $2.5 million dollars for the hospital’s KidsCare Fund bringing the quarter-century total to over $26 million. It comes back again this year at 6:15 a.m. on October 30!

Read more: CHOC Walk returns for its 26th year at the Disneyland Resort

We caught the first signs of the 2016 Disney Holidays in our pictorial last week and now we’ve got an expanded look at the merch already available to drain your wallets.

That ornament, are you kidding me?

On our way into the park, we noticed that the Main Street Christmas Tree is on property and waiting to be assembled.

Stopped in for a Poison Appletini at the Carthay Circle Theater.

A display inside for Beauty and the Beast.

The spreading of scaffolding visible in the park has slowed for now at the Twilight Zone Tower of Terror as it prepares for its transformation into Guardians of the Galaxy – Mission: BREAKOUT.

No more FastPass distribution for FROZEN – Live at the Hyperion except on peak days.

Still walls up at the old Mad T Party site.

I don’t understand this. At all. I really miss being able to pop in to the Cove Bar for some spontaneous Lobster Nachos. This is absolutely ludicrous that the waits are so long here.

I wonder if it’s time to ditch the restaurants at Paradise Gardens and opt for an expanded Cove Bar offering there instead? Then turn Cove Bar into some quick service eats?

Still stink at this game.

You can hear Moana’s “How Far I’ll Go” from her upcoming movie with this necklace.

Her magical necklace plays the song. Take a listen to the song below in a tweet made earlier today. Follow us on Twitter @MouseInfo next time you’re on!

Seriously, quite a lovely afternoon.

Have you had the Donuts yet from the Coffee Cart at the Hub in Central Plaza?

The landscaping along the Mickey and Friends tram route is still going on. It’s utilizing more drought friendly vegetation and it’s looking really rather lovely with a great variety of plants and styles along the whole length of the route.

At the very least, looks like there’s going to be some long-term re-routing of pathways coming shortly.