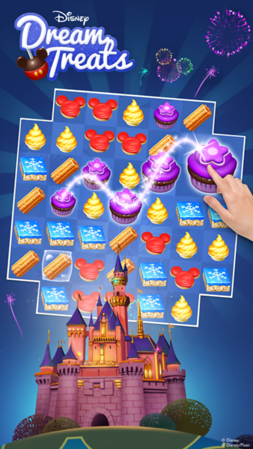 When it comes to Disney, there’s no uncertain terms when it comes finding ways to play. The company has built much of its major bankroll on the popularity of its stable of characters and they have found myriads of ways to manipulate those intellectual properties into games and activities for fans of all ages; from simple spelling games for kids to addictive passive games for teens and even gambling games for adults, there’s no shortage of ways to play.

The company’s major push lately–after shuttering more complex units within Disney Interactive including the popular Disney Infinity game–seems to focus most squarely on mobile. And even though Disney decided to officially hedge their bets by phasing out many of their casino-related games, it’s clear that other online casino operations will gladly take the business for which Disney has no interest in pursuing.

Still, all of the the efforts Disney is making by staying clear of less family-oriented solutions like slot machines and video poker seem to be paying off quite well. Every few weeks it seems that a new mobile game of some sort is launching and by all accounts they seem to be quite popular. We’ve even found ourselves entertained by a few of them. This one has been out for a while now but it combines our love of Disney Parks with our love of snacks and combines it all together into a fun puzzle adventure that takes you around the globe with several signature Disney goodies like Dole Whips, Churros, and Krispy Treats. If you’re familiar with Candy Crush or any other similar Match-3 type of game you’ll understand the premise of DISNEY DREAM TREATS.

The addictive matching puzzle game has you helping several Disney characters including Mickey, Minnie, Ariel, Alice, Belle, Buzz, and Woody to clear levels (and plates of tasty Disney treats).  You can use magical character combo boosters and power-ups to help you through the game. There’s more than 100 levels and you can even upload pictures of yourself dressed in costumes with the characters. 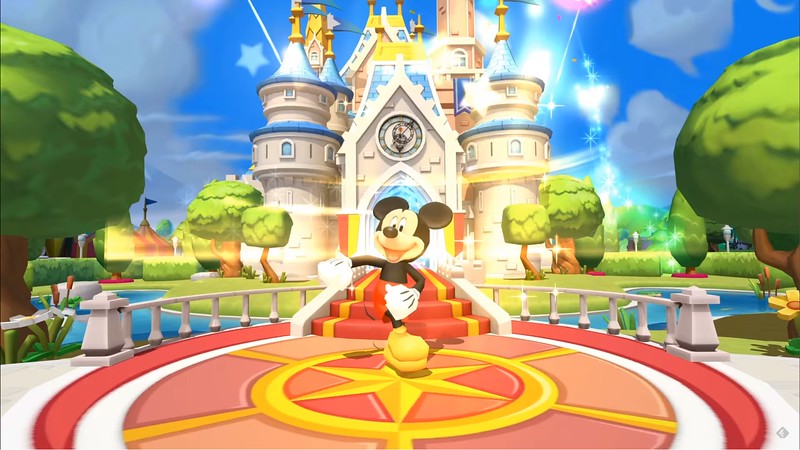 DISNEY MAGIC KINGDOMS is another app that melds our love of Disney Parks into convenient hand-held mobile magic. With a premise akin to games like Sim City or Roller Coaster Tycoon, we were quite excited for this one. Unfortunately, the final delivery ended up being something that was super pared down and not quite the BUILD YOUR OWN DISNEYLAND adventure that we were hoping for.

The app is available for Android, iOS and Windows devices. You can learn more about the app at disney-magic-kingdoms.com. 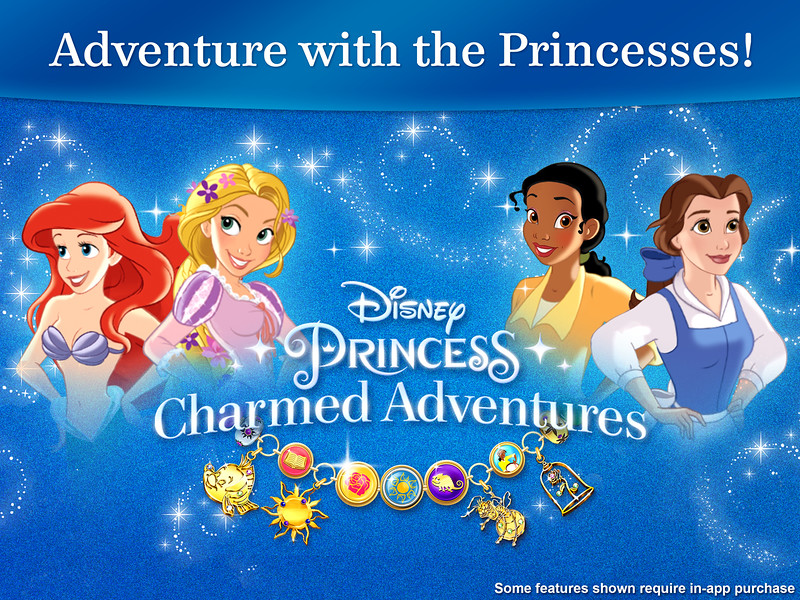 The newest mobile game to hit the internet is actually aimed at users aged 6-8 and seemingly with an emphasis directly at girls… or at least anyone who enjoys the Disney princesses and charm bracelets. The game is comprised of engaging tasks with various Disney princesses–including Ariel, Belle, Rapunzel or Tiana– to earn charms to collect and customize digital charm bracelets.

In the game, players can complete activities that reflect qualities of each featured princess, such as painting wall murals as Rapunzel, performing music shows as Ariel, mastering book memory games as Belle, preparing delicious recipes as Tiana, and more.

All in all, the odds are mostly in your favor when it comes to picking a Disney game which which you can play. And sure, it can definitely be a roll of the dice when you’re trying to find a game that will suit your needs but that’s the beauty of mobile… what’s easily downloaded is easily erased.

It’s certainly a grand time to be a fan of Disney and gaming!