During a recent press event with the cast and filmmakers for the upcoming reboot of PETE’S DRAGON there were a bunch of tidbits released that help give a look as to why this is a must-see summer family movie. The cast–including the talented Robert Redford were completely fascinated with the way filmmakers Toby Halbrooks and David Lowery took the film in a complete opposite direction as the 1977 Disney film. In fact, you can barely call this movie a reboot of the original besides the fact the dragon is named Elliot, and the boy named Pete.

This isn’t your typical Disney musical

While the original 1977 film was filled with songs that we all remember and love, this film is not. It’s actually almost a completly different story. While the film itself is beautiful, it’s not the whimsical story like the original.

This dragon has fur not scales

David Lowery, the director of the film said it just personal taste. “I’m a huge pet person. I’m a big cat person. I love my cats to death, and I wish they were 20 feet tall and I could snuggle with them and that’s really why the dragon’s furry.” He said he has two now, Big D and Little K, and they’re brothers. “We actually got them-they were born a few weeks before we got the job to write the scripts, so they’ve kind of grown up alongside this movie.”

While the film is set at some point in the 1980’s it was absolutely meant to be timeless. But also the practical fact, is that if there were cell phones the story wouldn’t work as well. Lowery said, “because people would take pictures and you’d text them and then everyone would show up at town. So it was able to keep the feeling that this dragon could stay a secret. That was something that was a little easier to do by setting it in the past. But there’s a lot of things that feel better when you set ’em in the past. Like, I think, you know, “once upon a time” is used at the beginning of fairy tales for a reason, ’cause you just kind of automatically feel that if this happened a long time ago, the fantastical is a little bit more possible.”

New Zealand is a magical place to film

They spent 74 days filming in the magical place that is probably best known from Peter Jackson movies. Lowery said, ” everything is set against this sky that just feels-like the sunsets there are like nothing I’ve ever seen before. So it feels very familiar to part of America in some ways, which is why it was able to stand in for the Pacific Northwest. But it felt a little bigger. Like, it just felt a little bit more grand. Like, you know, one of the things I love about New Zealand is the roads are narrower, which conversely makes the landscape around it feel bigger. And this isn’t necessarily playing to the movie, but it’s four million people total in the country. ”

Robert Redford is exactly how you would think he is

So he’s Robert Redford. And you bring him into a movie to play a role, but also there’s no sense in shying away from his legacy and the fact that he is who he is. Lowery had already been working on a film with him when he casted him in this role. He said, “I’m not gonna cast Robert Redford at this point in his career and not lean into him being Robert Redford. So I kind of wanted to just let him dictate how the performance came about. And then in terms of him being a director, I think he’s one of the most respectful actors in terms of giving me the space to do what I want and taking my direction. He never once even made me think about the fact that he has directed far more movies than I have, or that he has been on so many more sets.”

Ok, not really. But she did love the original film, and was curious when first hearing about the concept, how they would make the film. She said when first telling her family she had to keep telling them it’s not a remake per say. But she fell in love with the story and the concept. Her son Theo is even an extra in the film as well.

Oakes and Oona did their own stunts

While the kids did all of their own stunts, they did have body doubles. They trained during pre-production and got comfortable with them enough to feel completely safe during the stunts. Oona Laurencesaid she has always loved climbing trees so that was one of her favorite scenes to film. Oakes Fegley said one of his favorite scenes to film was when he had to climb over the cars and trucks. They both thought filming without Elliot actually there was challenging bt rewarding to see the final film put together. 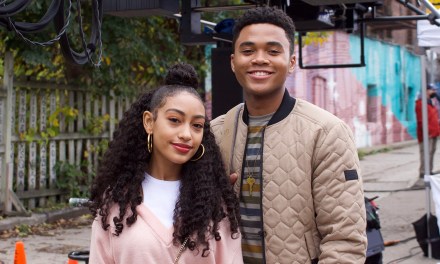 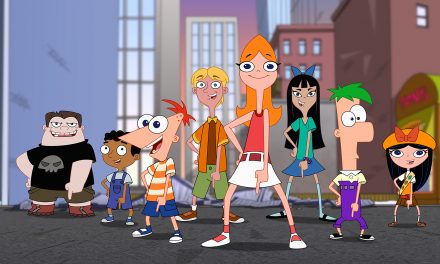