San Diego Comic-Con is only just getting started but one of the very first panels to take place this year was presented by HALON entertainment with the Feed Your Head: The VFX of Alice Through the Looking Glass presentation.

The panel included insights from Post-Vis Supervisor Tefft Smith II and VFX Editor Ed W. Marsh who talked about the intricacies of what it really means to say “we’ll fix it in post.” Covering a range of topics in Visual Effects, the panel centered most squarely on their most recent work on ALICE THROUGH THE LOOKING GLASS.

Offering a selection of exclusive clips and footage, they broke down the challenges of working on the project including rendering the voyage through time and the iconic Horunvendoush scene.

Not so surprisingly, the scene was originally conceived much differently and it wasn’t until it got filmed that they realized it needed to be reworked. It was a much less dramatic scene that took place after the battle that didn’t quite convey clearly the importance of the scene to Alice and the Hatter.

It was really interesting to see the early footage that shows how the scene really didn’t work and why most of the footage was cut. Unfortunately, part of that deleted footage also included a scene between Alice and the late Alan Rickman portraying Absalom.

Interestingly, they recycled existing footage from other scenes to recreate the final more impressive scene including Alice falling.

Movie magic is always a fascinating topic and while we weren’t allowed to photograph or film, we did get a few great photo stills taken of work half way through production. 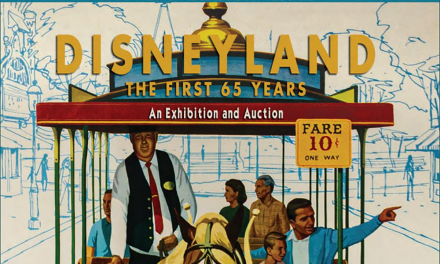