The summer season is well under way at the Disneyland Resort and that means the park is operating as close to maximum capacity as possible to soak up the summer crowds. Despite concerns online that attendance this summer is much softer than in many years, the parks are still quite full of people soaking in all the magic of Disney.

Meanwhile, at the back of the park the new Star Wars themed land continues to shoot up towards the sky with vertical construction starting to be visible from inside areas of the park. Tom Sawyer Island has even more tarps and scaffolding as just about all areas of the island get a little TLC. Rock work all around is sporting primer grey tones while the treehouse gets some paint and the little outhouses get new shingles.

Other than that, there’s not a whole lot to really take in with regards to construction or refurbishment projects so we take another merchandise run around the resort and check in on the new Downtown Disney Starbucks that should be welcoming its first latte lovers, Frappucino fanatics, and coffee crazies as early as July 17. To all who come to this happy place… Starbucks.

A look across the lay of the land. Speaking of the lay of the land, check out the AWESOME infographic by @VashSky for new Star Wars themed land! It’s got a great breakdown of all the known facts about the land and how it ties into the mounds of dirt we’re seeing currently. 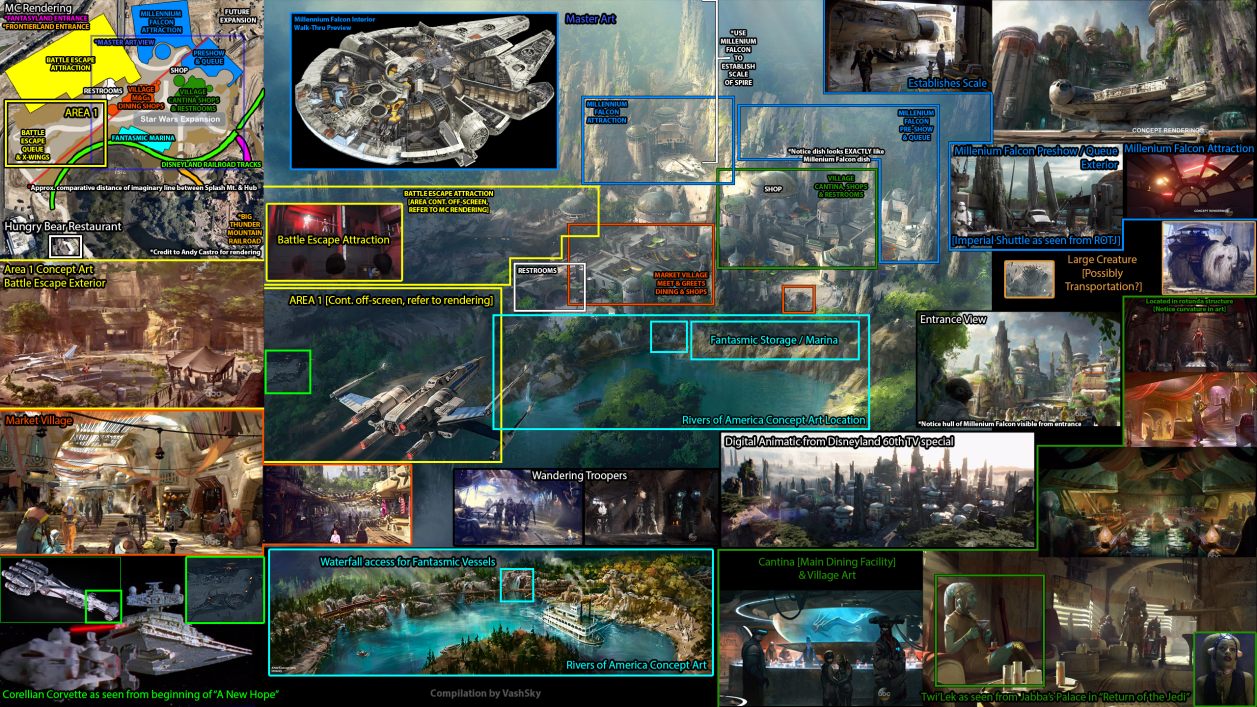 More work on the island… Never got pictures of these posters since there’s always people sitting at the tables. You can see in the Rivers of America concept art below some of the inspiration from the posters above. Get a Seven Dwarfs Mine Train Big Thunder Mountain Mine Cart full of Lemon Chips with Salsa! Haunted Mansion. Tsum Tsum. Disney Pin. Any of those on their own is a recipe for succe$$. When it’s ALL THREE? Bank.

Louie’s Swing Club. Ok… Would love this way more if it was “Louie’s Place” instead of a random place that never existed. Still love all the Twenty Eight & Main merchandise, though.

And now… a bunch of random things. Nothing going on outside of the former House of Blues. Signage is up and ready. Shelves are stocked and ready. Not an attraction you can visit… technically speaking.