Fantastmic!, Rivers of America and more re-confirmed for Summer 2017

Although it’s been no big secret, Disney confirmed previously reported return of the Rivers of America for summer 2017. For a good bit of time now, the face of Disneyland–or more specifically the north-western face–has been noticeably marked by construction for the new Star Wars themed land that has been so hotly debated in online socialspheres.

All will be returning next summer including a completely refurbished (and slightly smaller) island that will play host to a newly updated Fantasmic! Although several small changes and upgrades have been made to Fantasmic! over the years at Disneyland, the show itself was never modified much from its original incarnation. That will be changing next year when Mickey’s powerful imagination dreams up all new terrors to overcome.

It’s not hard to imagine what changes might be made to the show and more specifically which additions could be coming but what are you most excited or most sad to see coming to the nighttime spectacular? 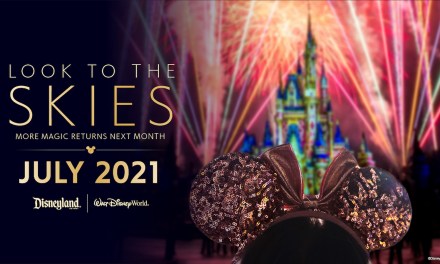