In the early 1990s, Nickelodeon was like the free version Disney Channel. In a television landscape bereft of options dedicated to children, the cable channel had a fantastic line-up of programming that included the cherished DOUBLE DARE game-show that put kids in a half hour adventure that featured trivia/obstacle course challenges in a competition for various prizes.

To celebrate the 30th anniversary of the iconic television show, Nickelodeon’s THE SPLAT will bring host Marc Summers back for a DOUBLE DARE LIVE streaming event. Streaming on Facebook Live on Friday, July 22 at 9:30 pm PST, the #DoubleDareParty will pit a red and blue team in a test of their trivia knowledge and a host of physical challenges including the fan-favorite Wringer, Down the Hatch, the Human Hamster Wheel and the Double Dare Nose.

At San Diego Comic-Con, attendees will have the opportunity to meet Summers at a signing and take photos with the Double Dare Nose at Nickelodeon’s booth (#4113) on the convention floor. In addition to DOUBLE DARE, Nickelodeon and The Splat are blasting open the vaults for a slime-tastic, immersive experience that pays tribute to some of its most memorable shows and popular characters with activations, games, panels, talent signings and interactive design elements featuring: Legends of the Hidden Temple, Hey Arnold!, Rugrats, Aaahh!!! Real Monsters, CatDog, Rocko’s Modern Life, and Invader Zim, among many others.

The Splat will keep the celebration going on air with Double Dare Week, hosted by Summers, beginning Monday, July 25, on TeenNick at 10 pm PST. 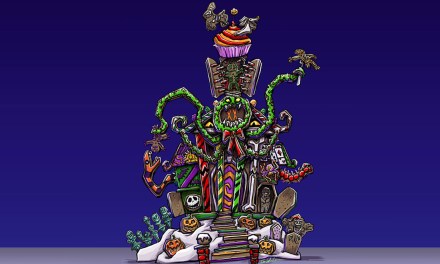