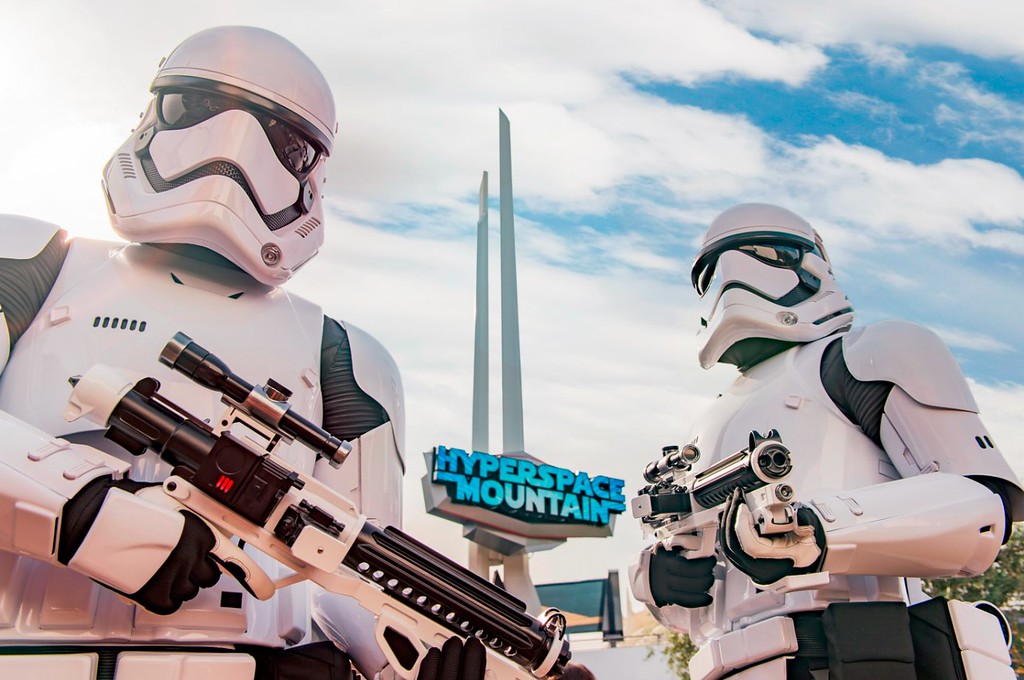 Following suit from the popular Season of the Force at Disneyland, Hong Kong Disneyland will find a galaxy far, far away coming much closer with their new summer promotion, Star Wars: Tomorrowland Takeover.

Bringing with it a Hyperspace Mountain layover (the only one in an Asian Disney Park) the new promotion will also include the Star Wars: Command Post that will include meet and greets with Chewbacca and and R2-D2. Not only that but throughout Tomorrowland you can count on spotting Captain Phasma and Stormtroopers.

Starting June 25, the park will also debut the Jedi Training: Trials of the Temple show that brings young Padawans face to mask with Darth Vader, the Seventh Sister Inquisitor from “Star Wars Rebels”, and Kylo Ren.

At Hong Kong Disneyland Hotel or Disney’s Hollywood Hotel, guests can enjoy a Star Wars-themed room decoration package with a choice of the light side or the dark side. The package includes an exclusive Star Warsdoor sticker, slippers, bed-runner and a galactic cookies set.

All of this and more await guests at Hong Kong Disneyland and it all kicks off officially on June 11, 2016.

WATCH: ¡Viva Navidad! is still a must-see celebration for the 2019 #DisneyHolidays