Enchancia’s beloved princess Sofia (Ariel Winter, ABC TV’s “Modern Family”) embarks on the new adventure of story keeper for the secret library. A role previously filled by her Aunt Tilly (Bonnie Hunt, “Cars”); a quirky Mary Poppins like character who breaths a breath of fresh air into the show’s dynamics. She also serves as Sofia’s role model in many ways as Sofia explores her new starring role as Story Keeper of enchanted books without endings.

The first “Secret Library” episode follows Sofia as she learns that “knowledge is the key to everything”. With her Aunt Tilly’s gentle suggestions she travels underneath the castle which leads her to a blue mysterious river with a jeweled self-steering boat. As the amulet coaxes her on we travel with Sofia as she sails through a magical tour of the beautifully told Disney stories with enchanted music and graphics. The tour ends at an elaborate staircase leading to The Secret Library, a site that could effortlessly be imagined in Disney Parks.

Sofia soon learns that her Aunt Tilly has been watching her to make sure she would do well as the new Story Keeper. The young princess is apprehensive at first so Aunt Tilly joins her on her first story; “The Tale Of Wildwing Valley”. A story about the estranged brother (Mazzimo) of Sofia’s beloved horse Minimus. Emotions run high as Sofia is met with various challenges which cause her to question whether she is cut out of the position and if she can truly bring about happy endings for these stories. With Merida’s (BRAVE) timely appearance and advice Sofia is able to give the story a happy ending and feel confident in her abilities.

“The Secret Library: Olaf And The Tale Of Miss Nettle” changes things up on Sofia and instead of bringing a princess to guide her, the amulet brings Olaf (Frozen)! Sofia learns a valuable lesson that every story has more than one side. And even though she was initially focused on Miss Nettle being the antagonist of the story she comes to learn that her purpose is to actually help Miss Nettle in order to create a happy ending.

SOFIA THE FIRST: THE SECRET LIBRARY is a truly delightful collection of episodes and leaves viewers wanting more from our favorite young Story Keeper. The DVD is packed with easily recognizable voices such as Eric Stonestreet (ABC TV’s “Modern Family”) as Minimus, Cary Elwes (“The Princess Bride”) as Prince Roderick, Megan Mullally (“Will & Grace”) as Miss Nettle and Dean Norris (“Breaking Bad”) as Mazzimo.

SOFIA THE FIRST: THE SECRET LIBRARY is available on DVD starting today. 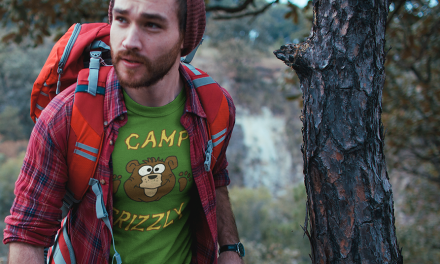