Mickey’s Sport-Y-Thon sprints home tomorrow on DVD with six engaging and lesson filled episodes that are sure to capture the interest of young viewers. It’s just in time for the upcoming summer Olympics and every set comes with the same Mickey Medal that the clubhouse pals earn!

There’s six episodes total including one that never aired.

In the un-aired titular episode, athletes from around the clubhouse are challenged to show off all their skills at Mickey Park. Donald and Pete serve as comedic sportscasters in the intergalactic competition between the clubhouse clan, Martian Mickey, Martian Minnie and Pluto from Pluto.

From the beginning kids are actively engaged in all aspects of the show including the sport-y-thon pledge and helping to decide which of Toodles tools are best to solve each challenge. Additionally, they witness Mickey, Minnie and Daisy teaching their intergalactic friends how to play sports the correct way, with good sportsmanship.

The clubhouse pals compete in three games: Handy Hoops, Volley Bop and The Rockin’ Round-a-bout Relay.  During Handy Hoops Martian Minnie learns a valuable lesson about the importance of being a good sport by always playing fair.  In Volley Bop Pluto from Pluto is taught that team players must give their teammates a chance to play. And finally The Rockin’ Round-a-bout Relay follows Mickey, Martian Mickey and Daisy as they learn that good sports don’t give up and they always try their best.

With encouragement from their friends they overcome hurdles in their path and finish the race strong! Each event is filled with songs that are simple enough for kids to remember yet catchy enough for the parents, such as “Gonna Rock This Relay, I Know I Can!”

At the closing ceremony the victorious athletes are presented with their much deserved Mickey Medals. Parents will appreciate the irony of Donald being rendered speechless after he spent the entire episode flustered by Pete’s constant interruptions.  The Sport-Y-Thon concludes with the beloved “hot dog” song and is sure to be a new favorite in your house, like it is in ours! 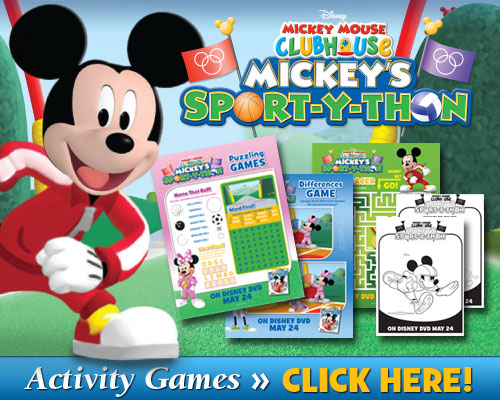 The DVD also includes five previously aired episodes that all tie into the theme of working together, the importance of friends and learning in a fun way. Mickey’s Mousekeball is a high flying adventure where the Clubhouse Gang competes to catch the mousekeball inside a gravity free dome. After the mousekeball escapes the dome, the pals learn that the best way to win is to work as a team.

Mickey’s Mousekedoer Adventure follows Mickey, Donald and Goofy as they try to mend the mousekedoer by becoming digitized by Dr. Von Drake. The heroes are then joined by Digi Daisy, Micro Minnie and Pixilated Pete on their electronic adventure as they cross the giga field in search of the lake of liquid light. The show has the nostalgic feel of an old school video game and will surely captivate parents with its creative songs and graphics!

“Mouseke Happy, Mouseke Birthday! Happy Mousekeday To You!” Join the pals as they throw a surprise party for Mickey and plan a day with three fun things for him to do. Mickey’s Happy Mousekeday begins by challenging kids with a picture puzzle which leads them to discover that it’s Mickey’s birthday!

Along the way the pals encounter challenges which disappointment the friends, but Mickey assures them that he is having fun just being with them. It culminates with Mickey’s valuable lesson that the greatest present anyone can have is friendship.

Ironically in the next episode Donald’s Brand New Clubhouse, Donald gets frustrated by the crowded clubhouse and his pals. So he embarks on the challenge of building his own clubhouse and personalized theme song with the enthusiastic help of his friends who only want to make him happy.

Viewers are taught the importance of following directions and working together. Eventually after a few hiccups Donald’s Clubhouse is built and he soon discovers that the clubhouse is special only because of his friends and without them it’s just lonely.

Finally, Kansas City Mickey is the star of last episode, Mickey’s Mystery. The clubhouse pals take off on an adventure to uncover the truth behind the mysterious mickey shaped stone building in the hidden rainforest.

The team uses pictographs instead of mouseketools in order to decide which image will help them on their quest. This theme continues throughout the episode teaching young viewers how symbols can be used to communicate as well.

Parents will appreciate the humor in the group as they discover the “ancient machine” which is actually a record player.

The DVD runs approximately an hour and half and viewers can chose to watch them all at once or select specific episodes. The perfectly timed release of the Mickey’s Sport-y-Thon is sure to excite young fans of Mickey Mouse and Clubhouse Gang before the summer Olympics. A gold medal worthy collection for sure! 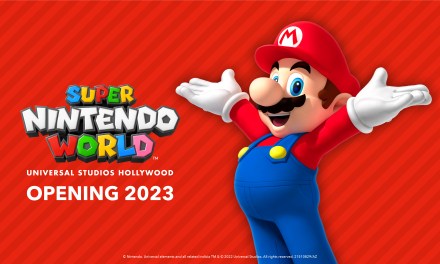