At Disneyland Paris, “Walt’s – an American Restaurant” has just unveiled a new menu that takes some of Walt Disney‘s favorite meals and gives them an upscale twist.

Under the helm of French chef Ludovic Mallac, the menu has been transformed to appeal to a modern palate but plays homage to the restaurant’s namesake at the same time. On taking the job he noted, “a strong theme like we have here must be supported by inspired cuisine. That is why, when I was asked to come here, my first reaction was to look at our archives to learn more about Walt Disney.”

What did he find? He learned about the Disney family housekeeper Thelma Howard who spent 30 years with family before and after Walt’s death.

Hired by Walt in 1951 to look after his house and his two daughters, she quickly became a member of the family in her own right. But above all, she was an exceptional cook. Every evening, when Walt left the office, his assistant called Thelma to let her know so that his dinner would be ready the moment he walked through the door! She prepared his favourite dishes and kept his fridge well stocked (Walt liked to eat a hot dog in the middle of the night… which he ate cold!). After his death, she remained in the service of the family until she retired.

Taking cue from some of Walt’s favorites, the new restaurant takes some elements of Thelma’s dishes and gives them a French/European twist.

New dishes include the smoked duck breast starter accompanied by a pineapple coleslaw; a subtle sweet and savoury alliance, where the acidity of the pineapple enhances the smokiness of the duck. And as a main course, the butter-poached lobster with leeks braised in orange juice and Anna potato cake, where cooking in orange juice makes good use of the famous fruit of California and Florida.

Each dish should tell a story.”

Or, if you prefer, grilled fillet of Angus beef with “Thelma” potatoes, green beans, crispy shallot rings and Cabernet Sauvignon reduction. Or even the roast free-range Label Rouge chicken breast, stuffed according to Thanksgiving tradition, sweet potato mash and giblet gravy, a well-thought-out (and delicious!) tribute to Walt’s avowed liking for the good old Thanksgiving turkey.

The desserts have their own tale to tell with the pineapple upside-down cake with homemade pineapple and basil sorbet, a US version of the French tarte tatin, made with Walt’s favourite fruit. The fruit remains fresh and juicy because it is cooked at low temperature sous vide, as is done in the best restaurants.

Vegetarian options and children’s menus are of course also available. The wine menu highlights French and American vintages and guests who wish to pair their wines with their food without excessive alcohol consumption can take advantage of offers on three 8-cl glasses. 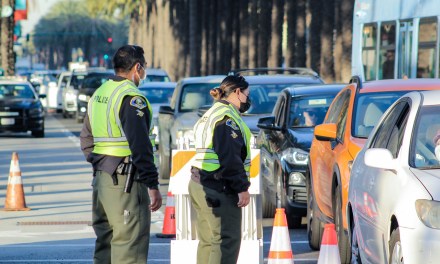