A good story for another time? STAR WARS: THE FORCE AWAKENS is full of loose strings yet to be tied off including the tale of how exactly C-3PO ended up with a red arm.

C-3PO #1 will follow the exploits of everyone’s favorite protocol droid on his solo adventure over the past few decades leading up to his appearance in last year’s blockbuster film. Surely, it was not as simple as acquiring it from a band of Jawas and the new comic-book will show those sacrifices and tribulations.

New York, NY—February 25th, 2016— How did C-3PO get his red arm?! Find out this March as the burning question is answered in STAR WARS SPECIAL: C-3PO #1! Today, Marvel is pleased to present your first look inside this highly anticipated special.

Reuniting acclaimed & award-winning creators James Robinson and Tony Harris for the first time in nearly two decades, follow everyone’s favorite protocol droid on a solo adventure leading up to his appearance in Star Wars: The Force Awakens! STAR WARS SPECIAL: C-3PO #1 is the only place to learn the shocking truth behind how C-3PO lost his original arm – and the exciting origin of how he gained a new one. Get the full story and discover the origins of his new appendage when STAR WARS SPECIAL: C-3PO #1 comes to comic shops in March!

Add some fun to your social media with DISNEY GIF 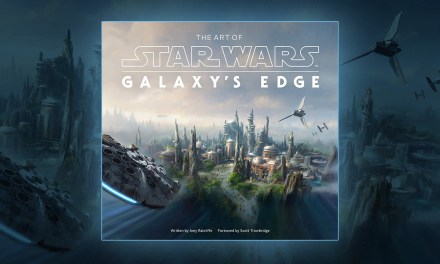