‘FROZEN — Live at the Hyperion’ is about a month away from its splashy debut and to amp up excitement, Disney is giving us an inside look at the show that will debut in Hollywoodland at Disney California Adventure next month!

In this video, the theater is still a buzz with excitement and preparation with massive set pieces including gigantic doors both on ground level and flying in the air which seemingly will be used for a splash “Love Is An Open Door” sequence.

Other features teased in the video are the Aurora Borealis curtains that will light up in the show, a massive LED wall that will help provide some stunning backdrops to the show, and an enormous still-unfinished icy chandlier that promises to twinkle and dazzle during the iconic “Let It Go” show moment.

‘FROZEN — Live at the Hyperion’ opens at Disney California Adventure on May 27, 2016. 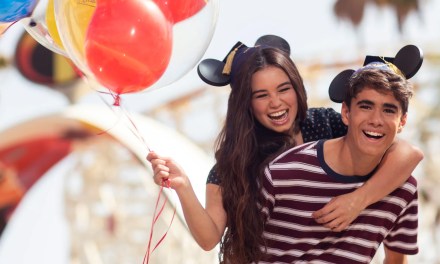