Disney today debuted the newest trailer for ALICE THROUGH THE LOOKING GLASS featuring the cover by P!nk of “White Rabbit.” You can also catch a Facebook Live Q&Aat 2:00PM PST today with the Mad Hatter himself, Johnny Depp and director James Bobin.

For now the trailer is available exclusively on Facebook. The new video also comes with the official release of a beautiful new mega poster featuring several characters from the film with are broken out into individual posters. There’s also been a release of some new stills! In Disney’sALICE THROUGH THE LOOKING GLASS, an all-new spectacular adventure featuring the unforgettable characters from Lewis Carroll’s beloved stories, Alice returns to the whimsical world of Underland and travels back in time to save the Mad Hatter. Directed by James Bobin, who brings his own unique vision to the spectacular world Tim Burton created on screen in 2010 with “Alice in Wonderland,” the film is written by Linda Woolverton based on characters created by Lewis Carroll and produced by Joe Roth, Suzanne Todd and Jennifer Todd and Tim Burton with John G. Scotti serving as executive producer.

ALICE THROUGH THE LOOKING GLASS in Digital 3D™, Real D 3D and IMAX® 3D, Disney’s “Alice Through the Looking Glass” falls into theaters on May 27, 2016. 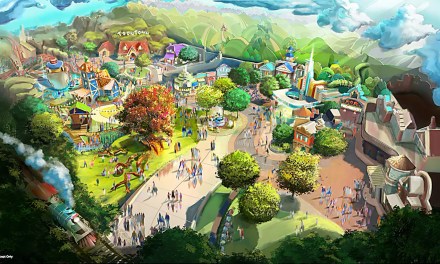