It’s a big day in the MCU! Disney and Marvel have just unveiled a ton of new stills, a new trailer, and a new poster for CAPTAIN AMERICA: CIVIL WAR but the one thing that most people will be keying in on is the appearance of SPIDER-MAN!

The character, who is still under contractual ownership of Sony Pictures, will be making his first Marvel Cinematic Universe debut in the upcoming flick which is pits hero against hero. 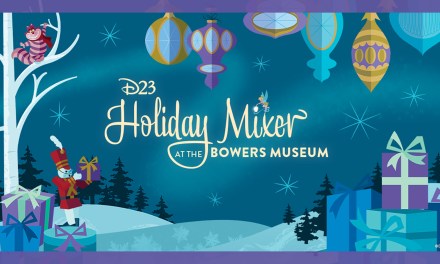 D23 EVENT: D23 Holiday Mixer at the Bowers Museum will highlight ‘All That Glitters’ jewelry exhibition