Universal Studios Hollywood announced today that one of the most anticipated theme park expansions in Southern California history will officially open its gates to Muggles on April 7, 2016. Alan Gilmore and Luna Lovegood herself, Evanna Lynch, made the announcement by illuminating Hogwarts Castle:

THE WIZARDING WORLD OF HARRY POTTER brings the incredible HARRY POTTER AND THE FORBIDDEN JOURNEY ride, as well as family coaster FLIGHT OF THE HIPPOGRIFF to Universal Studios Hollywood‘s ever-growing roster of attractions. In addition, the town of Hogsmeade will provide guests with incredibly themed shopping and dining, fully immersing them in the wonderful world of J.K. Rowling’s creation. Similar expansions have already been built at Universal Orlando and Universal Studios Japan.

Soft openings of the new land and its attractions are expected to occur before April 7, but no details are available at present. The expansion caps off a five year, multi-billion dollar expansion for Universal’s first theme park property. A new parking structure is nearing completion to help handle what are anticipated to be record crowds.

Regardless – we know where we’ll be on that date! Sipping Butterbeer and waving our wands around! When will you hop on your broomstick and head to Universal Studios Hollywood? 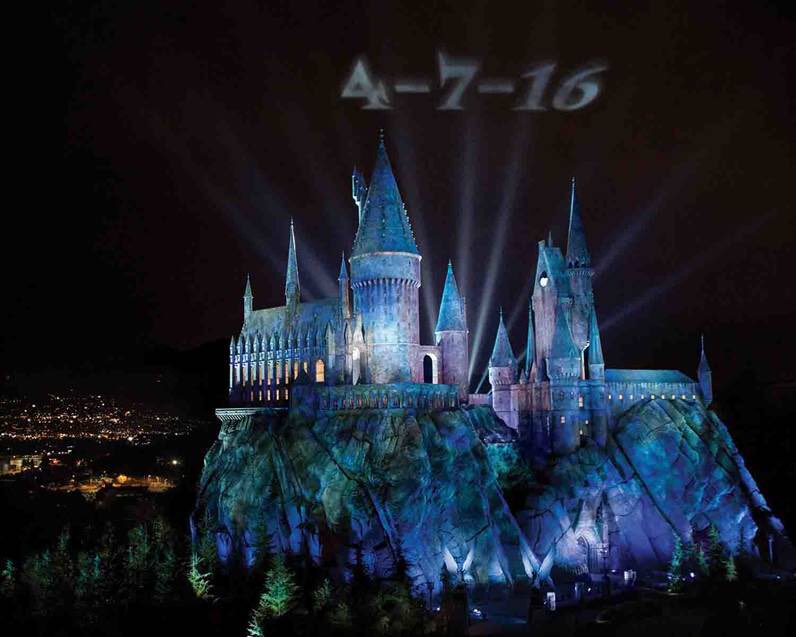 Check out the medals for the RUNNING UNIVERSAL FEATURING TROLLS event!