A new auction entitled Disneyana, Collector’s from the Magic Kingdoms is going on now in France through December 5. There are 344 items up for sale including Attraction posters, pins, games, toys, books sculptures, figurines from all Disney Parks around the world.

The auction is going on exclusively online on the site Drouot Online. Be aware that each winning item includes a a 24% fee in addition to shipping if you can’t come in person to take his winning lot at the auctioneers office. For the first time in France the auction house Tessier – Sarrou, in partnership with Drouot Online, organizes an auction of collectibles items from Disney theme parks entitled. “Disneyana, Collector’s from the Magic Kingdoms ». 344 items are put in auction and Disneyland Paris fans can bid on rare and collectible items from the park, from the 90’s to present day but many « collectibles » from US Disney parks – Disneyland, Walt Disney World – or those of Hong Kong Disneyland and Tokyo Disneyland – books, posters, sculptures, figurines, exclusive press event – are for the first time put on sale in an auction in France. Original paintings and artworks enthusiasts will also find rarities like a beautiful hyper-realistic portrait of Walt Disney or concept arts for an attraction project. The sale ends December 5, giving the opportunity to offer a Christmas present “collector” to any fan of Disney theme parks.

The auction is going on exclusively online on the site Drouot Online and bidders have already the possibility to discover each item and place their bids. The end of the sale will be held on December 5 on Drouot Online from 3pm. Any person in any country whatever is his place of residence, including outside France either in the United States, Asia, or any country can participate and place bids. The sale is divided into several sections:

To participate to the auction, see auction items and bid, you must go on the Drouot Online website at the page of the auction link here:

All lots are now on line and you can already place bids, until Saturday December 5, day or will end the sale. On Saturday, December 5th at 3pm, each lot will “pass” one after the other – as in a physical auction – and this will be the last opportunity to place your bids, and it will go fast because each lot will pass during 30 seconds. If you’re interested by an item and are not sure to be present online at the time of the auction on December 5th, it’s better to place your auction bid now. There is no “reserve price” on the items so each auction potentially can win the item. The auction results of each item will be announced after the end of the auction.

To bid on an item: it is mandatory to register on Drouot Online. Drouot Online will ask you your name and address and a credit card number. Note: If you win the auction of an item, your credit card will NOT be charged automatically, payment will have to be proceed once the sale is completed directly to the auctioneers study by check or credit card. Drouot requests the registration of a credit card only to ensure that the person who bids is real. That said, in case a person who bids and won a prize refuse to proceed to the payment, the credit card might be charged, so do not bid if you don’t intend to buy. The auction conditions are available on the website on the auction pages.

A 24% fee is applied on every purchase, as well as a shipment fee if the buyer can’t come in person to take his winning lot at the auctioneers office.

This is the first time that a Disneyana auction is organized in France, and by a major action house as Drouot is the oldest one in France, since more than 200 years. It is NOT, though, an auction like the one which happened for Disneyland 60th last February or the one which happen tomorrow by the same auctioneer in L.A. so, you won’t find in the auction big pieces of Disney parks history like a People Mover vehicle or Marc Davis original artwork, or even original attraction posters. BUT it is the first auction of this kind, and everything needs a start. This also has some good points for Disney fans. If we except a few items estimated over 1000€ most of the items have a starting price around 50€, sometime even less. And this even if normally there is no auction happening with items under 100€, if not more. Which means that it’s not an auction reserved for rich people, everybody should find something at a reasonable price. 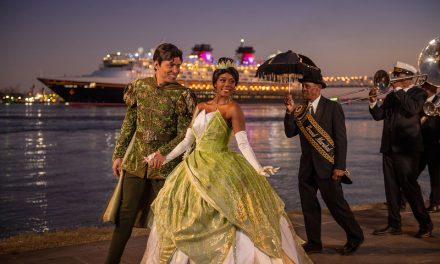