Build your own STAR WARS game with Code.org and Disney

Disney has teamed up with Code.org to bring a STAR WARS themed computer tutorials featuring REY and BB-8 from THE FORCE AWAKENS, to teach kids to write their own code to create challanges and games. These lessons will kick off the third annual HOUR OF CODE CAMPAIGN, which honors Computer Science Education Week which is from December 7-13.

Try a preview of the “Star Wars: Building a Galaxy with Code” tutorial now on Code Studio. The experience will also be available on Disney.com soon. And sign up to participate in this year’s Hour of Code event: http://HourOfCode.com

Thanks to Disney and Star Wars, students will learn to write code that allows them to create fun challenges and games using Star Wars characters. Participants will join forces with Rey to guide BB-8 through a space mission, then team up with Princess Leia to build their own game featuring R2-D2 or C-3PO. Students will also be able to play their completed games on smartphones, and share them with friends and family through a unique link.

“For generations, Star Wars has sparked kids’ curiosity and imagination, and we hope the appeal of characters like Princess Leia and Rey will help fuel greater participation in science and math, especially among girls, around the world,” said Kathleen Kennedy, President, Lucasfilm, a subsidiary of The Walt Disney Company. “Computer science has helped shape our legacy and changed the way movies are made, which is why programs like the Hour of Code are so important to us.”

This is the second year Disney has worked with Code.org on a coding tutorial featuring Disney characters. Last year’s tutorial — which President Obama participated in at the White House for the Hour of Code last December — has been completed more than 13 million times and tapped Anna and Elsa from Walt Disney Animation Studio’s blockbuster film “Frozen.” More than 100 million students across 180 countries have tried an Hour of Code tutorial, including one in three students in US schools, according to Code.org estimates.

Code.org’s new “Star Wars: Building a Galaxy with Code” lesson for the Hour of Code 2015 aims to nurture creativity and teach logic and problem solving through basic computer programming. There are two versions of the introductory tutorial: one introduces users to the coding language JavaScript for the first time in a Code.org lesson, and lets them create a game in their Internet browser using Code.org’s unique blocks-to-text programming environment. For beginner and younger students, a tablet-friendly drag-and-drop version will be available in the next few weeks. The tutorial will also be translated into more than 40 languages. The tutorial is supported by Star Wars: Force for Change, a philanthropic initiative that harnesses the strength of Star Wars and its global fandom to empower people to come together to make a positive impact on the world around them.

“Millions of us have been transported to a galaxy far, far away thanks to the creativity of the team behind Star Wars. Every one of us, especially young boys and girls, should also have the chance to learn how to power our own creativity with computer science,” said Hadi Partovi, co-founder and CEO of Code.org. “Code.org is honored to have the support of Disney and Star Wars on the Hour of Code, making it possible for students everywhere to experience firsthand how this foundational field opens new doors, and can be a lot of fun too.”

“Disney is driven by storytelling and technology—and we know that kids introduced to computer science today will become the innovators and storytellers of tomorrow,” said Jimmy Pitaro, Co-Chairman, Disney Consumer Products and Interactive Media. “We are honored to be working with Code.org again this year to introduce millions of students to coding, which is becoming one of the most important languages of their generation.”

In addition to partnering with Code.org to make the “Star Wars: Building a Galaxy with Code” tutorial available for free in more than 180 countries, The Walt Disney Company is donating $100,000 to support Code.org’s efforts to bring computer science education to afterschool programs throughout the United States. One lucky classroom will win the grand prize – a trip to San Francisco, Calif. for an exclusive, behind-the-scenes “Making of Star Wars” experience with the visual effects team who worked on Star Wars: The Force Awakens. The grand prize is courtesy of ILMxLAB, a new laboratory for immersive entertainment, combining the talents of Lucasfilm, Industrial Light & Magic and Skywalker Sound. Sphero, a company that participated in the 2014 Disney Accelerator, will also be gifting programmable BB-8TM droids to 100 participating classrooms. HP Inc has also donated Star WarsTM Special Edition Notebook devices to 10 participating teachers. And during Computer Science Education Week in December, Disney will host an Hour of Code event for local students at their Los Angeles office, and Disney VoluntEARS will support Hour of Code events around the world.

The “Star Wars: Building a Galaxy with Code” tutorial is the newest addition to Code.org’s online learning platform, Code Studio, which offers a suite of self-guided computer science activities and courses for students to learn the fundamentals of computer science, starting as early as kindergarten.

At a time when the majority of K-12 schools don’t offer computer science, more than 5 million students have enrolled on Code Studio since its 2014 launch, including 10 percent of all K-8 students in the United States. Additionally, 43 percent of Code Studio students are girls, and 37 percent are black or Hispanic.

Beyond the Hour of Code, Code.org has partnered with Disney on “Infinity Play Lab,” an environment where students code stories or games starring Disney Infinity versions of Anna and Elsa from “Frozen,” Hiro and Baymax from “Big Hero 6” and Rapunzel of “Tangled.” Code.org has also released Hour of Code tutorials with artwork from Rovio’s Angry Birds, PopCap Games’ Plants vs. Zombies and the acorn-crazed squirrel Scrat from the Twentieth Century Fox animated series “Ice Age.”

Try a preview of the “Star Wars: Building a Galaxy with Code” tutorial now on Code Studio  (http://Code.org/starwars). The experience will also be available on Disney.com soon.

And sign up to participate in this year’s Hour of Code event: http://HourOfCode.com 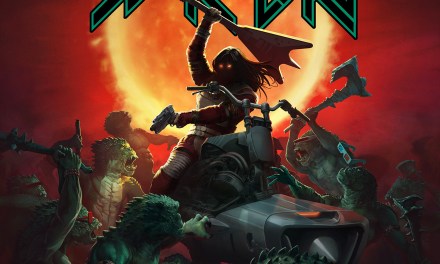