You might want to jump on those crazy low fares to Orlando this winter to get one last chance to see the popular OSBORNE FAMILY SPECTACLE OF DANCING LIGHTS at Disney Hollywood Studios. It was announced today that this will be the last Holiday Season to see the dancing lights. This will be the 20th year of the lights taking over the streets.

While nothing official has been announced on where Toy Story Land or Star Wars Land will be placed, due to the construction they will no longer be able to accommodate the spectacular lights.

The holidays are fast approaching and we know that many of you are starting to make your plans. Two more options for holiday fun at Walt Disney World Resort will soon be available to book: the Merry & Bright Dessert Party (Nov. 6-Dec. 30) and the Merry & Bright Dinner Reception (Jan. 1- 3), both overlooking The Osborne Family Spectacle of Dancing Lights at Disney’s Hollywood Studios.

With the dessert party, guests will enjoy holiday-themed desserts while surrounded by the amazing light display. New for 2015 is a dinner reception Jan. 1 – 3, featuring a selection of small bites including beef, shrimp and turkey, plus wine, beer and specialty beverages. You’ll be able to book these experiences beginning Sept. 16, so check back at DisneyWorld.com around that time for full details and to reserve your spot.

As you plan ahead, we also wanted you to know that this holiday season will mark the finale for The Osborne Family Spectacle of Dancing Lights. The display of lights has enjoyed a successful run at Disney’s Hollywood Studios, going all the way back to when it first appeared on Residential Street.

In order to prepare for some incredible experiences coming to the park, including the recently announced Toy Story Land and a Star Wars-themed land, we will not be able to present The Osborne Family Spectacle of Dancing Lights in the future. Our heartfelt thanks go out to the family of Jennings Osborne for letting us share their family tradition year after year. And thank you to all of you for being part of the spectacle with us. Here’s to making more memories in this, the 20th and final year. 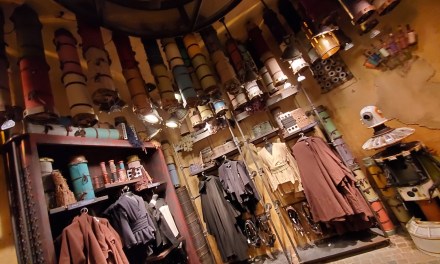 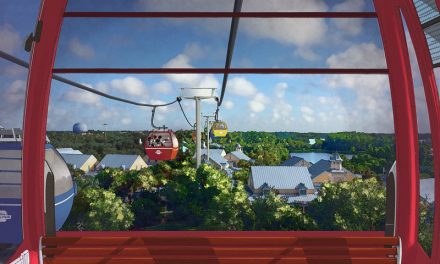 Disney reaffirms commitment to safety amid growing concerns for reopening