Disney’s CINDERELLA will be coming to the legendary El Capitan Theatre for a special engagement that will include a Cinderella Gown Sweepstakes, other giveaways, and a live performance from Olaf before the showing of FROZEN FEVER before each showing of CINDERELLA.

On select dates, El Capitan guests may enjoy breakfast, meet Olaf and receive a commemorative photo before seeing the 10 a.m. movie. Seating is limited and reservations are required.

Plus, See a Display Including the Glass Slipper and other props used in the Movie at Every Screening

HOLLYWOOD, Calif. (February 26, 2015) – Hollywood’s legendary El Capitan Theatre presents a special engagement of Disney’s “Cinderella,” and the all-new short “Frozen Fever” from March 13 – April 16, 2015. “Cinderella”, a live-action feature inspired by the classic fairy tale, brings to life the timeless images from Disney’s 1950 animated masterpiece as fully-realized characters in a visually-dazzling spectacle for a whole new generation. In addition, El Capitan guests have the opportunity to be among the first to see the film at a special advance screening on March 12 at 7 p.m., complete with a Costume Parade and giveaways.

Guests are also invited to come to the El Capitan Theatre to enter the Cinderella Gown Sweepstakes. The Grand Prize winner will receive an Ashdon Brands dress inspired by the blue gown worn by Lily James in Disney’s Cinderella. NO PURCHASE NECESSARY. Sweepstakes begins 3/12/15 at 6:00pm PT & ends 4/16/15 at 10:00pm PT. Open only to persons 18+ who are legal residents of the 50 U.S. or D.C. Officers, directors, and employees (and members of their household or immediate family and persons residing in such immediate family members’ household) of Sponsor or its parent, related, affiliated and subsidiary companies, all other entities involved in the creation, administration, or fulfillment of the Sweepstakes and their respective successors and assigns are not eligible. Limit one entry per person for the entire Entry Period. Entry form must be submitted in person at El Capitan Theatre during regular theatre operating hours. No ticket or admission is required to submit an Entry. For complete Official Rules (including full eligibility requirements & prize limitations), call 1-800-DISNEY6, fax your request to (818) 841-6216 or see El Capitan Theatre manager. Void where prohibited.

“The El Capitan Theatre is truly the most magical place to experience Disney’s dazzling and eagerly-anticipated “Cinderella” and “Frozen Fever,” said Lylle Breier, senior vice president of worldwide special events for Walt Disney Studios Motion Pictures. “Only at the El Capitan will guests be treated to Olaf live onstage to introduce “Frozen Fever” and see a display featuring the Glass Slipper and other magnificent props used in the movie before and after every screening.”

Before every screening of the movie, El Capitan Guests will also see images spring to life during an immersive light and projection show accompanied by the El Capitan’s live organist.

On select dates, El Capitan guests may enjoy breakfast, meet Olaf and receive a commemorative photo before seeing the 10 a.m. movie. Seating is limited and reservations are required.

The El Capitan Theatre will also host a very special Tiny Tot Tuesday every Tuesday during the run of “Cinderella” at 10 a.m. During these special screenings, parents and small children may enjoy the movie in a tot-friendly way—with lights dimmed rather than out and reduced sound levels.

“Cinderella” will be released through Walt Disney Studios Motion Pictures on March 13, 2015.

The story of “Cinderella” follows the fortunes of young Ella (Lily James) whose merchant father remarries following the death of her mother. Eager to support her loving father, Ella welcomes her new Stepmother (Cate Blanchett) and her daughters Anastasia (Holliday Grainger) and Drisella (Sophie McShera) into the family home. But, when Ella’s father unexpectedly passes away, she finds herself at the mercy of a jealous and cruel new family. Soon, she is forced to become their servant, disrespected, covered in ashes and spitefully renamed Cinderella. Yet, despite the cruelty inflicted upon her, Ella will not give in to despair nor despise those who mistreat her, and she continues to remain positive, determined to honor her mother’s dying words and to “have courage and be kind.” When Ella meets a dashing stranger in the woods, unaware that he is really the Prince (Richard Madden) and not merely Kit, an apprentice at the palace, she believes she has finally found a kindred soul. It appears her fortunes may be about to change when the King (Derek Jacobi) summons all maidens in the kingdom to attend a royal ball at the palace, raising Ella’s hopes of once again encountering the charming Kit. Alas, her Stepmother forbids her to attend and callously destroys her dress. Meanwhile, the calculating Grand Duke (Stellan Skarsgård) devises a plan to thwart the Prince’s hopes of reuniting with Ella and enlists the support of the devious Stepmother. But, as in all good fairy tales, help is at hand. Soon, a kindly beggar woman (Helena Bonham Carter) steps forward and, armed with a pumpkin, a few mice and a magic wand, changes Cinderella’s life forever. 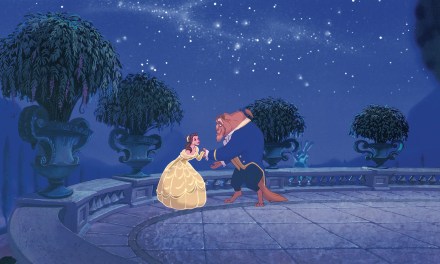 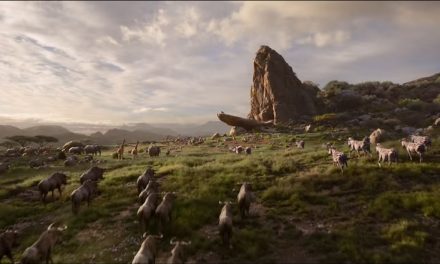 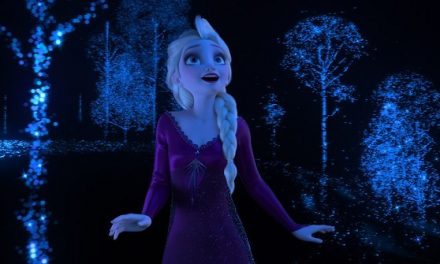