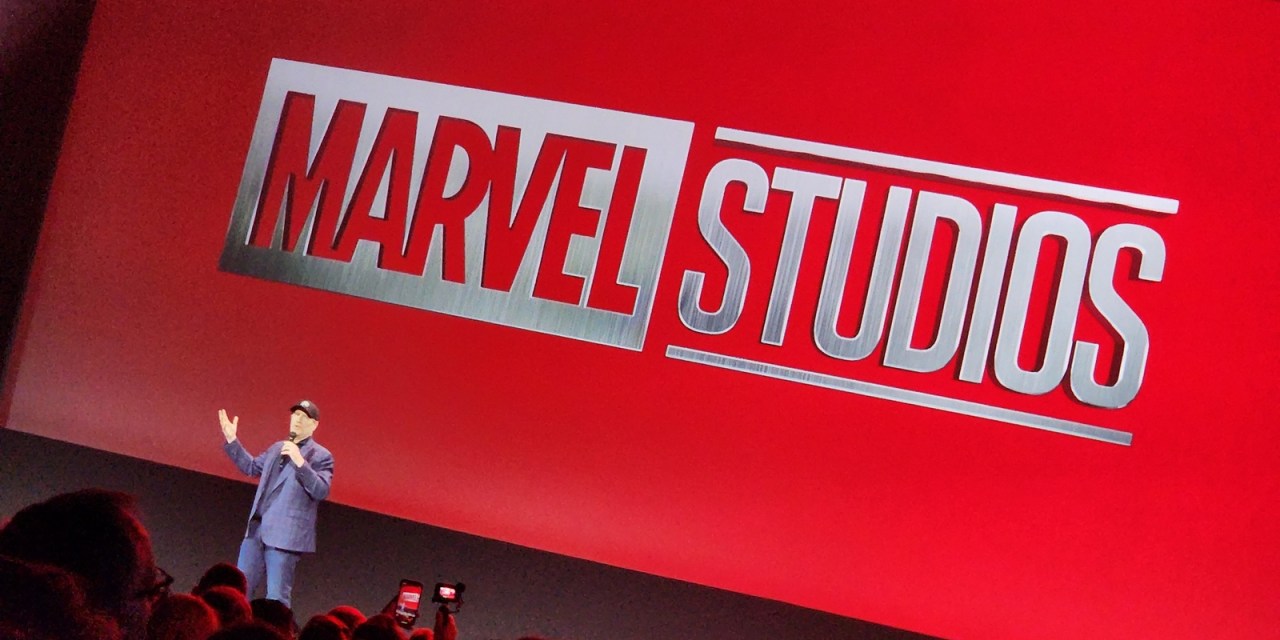 Marvel Studios ascended on D23 Expo 2022 with a flurry of details to share for the upcoming fourth and fifth waves of the Marvel Cinematic Universe.

Executive producer Ryan Coogler offered fans an early look at the new series that takes place after the events of BLACK PANTHER: WAKANDA FOREVER. Dominique Thorne returns as Riri Williams, a young, genius inventor determined to make her mark on the world. Her unique take on building iron suits is both brilliant and flawed, and IRONHEART delves into the dynamics of tech versus magic. Feige invited Anthony Ramos to the stage to greet fans and share a little about his character, Parker Robbins aka The Hood.

IRONHEART is slated for Disney+ next year.

Don Cheadle, who reprises his role of Colonel James Rhodes, was on hand to talk about the new show. The cast includes Cobie Smulders as Maria Hill, Samuel L. Jackson as Nick Fury and Ben Mendelsohn as the Skrull Talos—plus Olivia Colman, Emilia Clarke and Kingsley Ben-Adir. Fans were shown a scene and the brand-new trailer from the event series that showcases a faction of shapeshifting Skrulls who have been infiltrating Earth for years.

SECRET INVASION launches on Disney+ in 2023.

Cheadle segued into another Disney+ project he’ll star in, Rhodey fans will see the character in a whole new light, and considering the title of the series, audiences can look forward to all-new suits for the hero, featuring different types of armor.

Production for season 2 of is already underway. Arriving to D23 Expo directly from the set were Tom Hiddleston, Owen Wilson, Sophia Di Martino and Ke Huy Quan. Fans also got a glimpse at the upcoming season that picks up in the aftermath of the shocking season finale when Loki finds himself in a battle for the soul of the Time Variance Authority.

Cast members from ECHO including Alaqua Cox, Vincent D’Onofrio, Devery Jacobs, Graham Greene, Cody Lightning and Chaske Spencer, hit the stage in Hall D23, providing some insight about Maya Lopez, whose ruthless behavior in New York City catches up with her in her hometown. Audience members were treated to a special look at the upcoming series that also stars Tantoo Cardinal and Zahn McClarnon.

ECHO will stream soon on Disney+.

Production doesn’t kick off till next year for but Feige and D’Onofrio were eager to chat about the new show coming to Disney+. Fans went wild when Charlie Cox appeared on stage to discuss the 18 episode new season of the show. And since production isn’t yet underway, fans were treated with a clip from an upcoming episode of SHE HULK: ATTORNEY AT LAW now streaming on Disney+ that features the superpowered hero.

BLACK PANTHER: WAKANDA FOREVER will be in theaters November 11, 2022.

ANT-MAN AND THE WASP: QUANTUMANIA

Joining Feige on stage to officially kick off Phase 5 of the MCU were stars Paul Rudd (Scott Lang/Ant-Man), Evangeline Lilly (Hope Van Dyne/The Wasp) and Jonathan Majors (Kang). The audience was treated to an exclusive look at the film that features Super Hero partners Scott Lang and Hope Van Dyne, who team up with Hope’s parents, Hank Pym (Michael Douglas) and Janet Van Dyne (Michelle Pfeiffer), and Scott’s daughter, Cassie Lang (Kathryn Newton), to explore the Quantum Realm, interacting with strange new creatures and embarking on an adventure that will push them beyond the limits of what they thought was possible. The film connects to AVENGERS: THE KANG DYNASTY said Feige.

ANT-MAN AND THE WASP: QUANTUMANIA in theaters February 17, 2023.

Feige officially confirmed that Matt Shakman, who directed every episode of 2021’s WANDAVISION would be directing the new film. But that’s it!