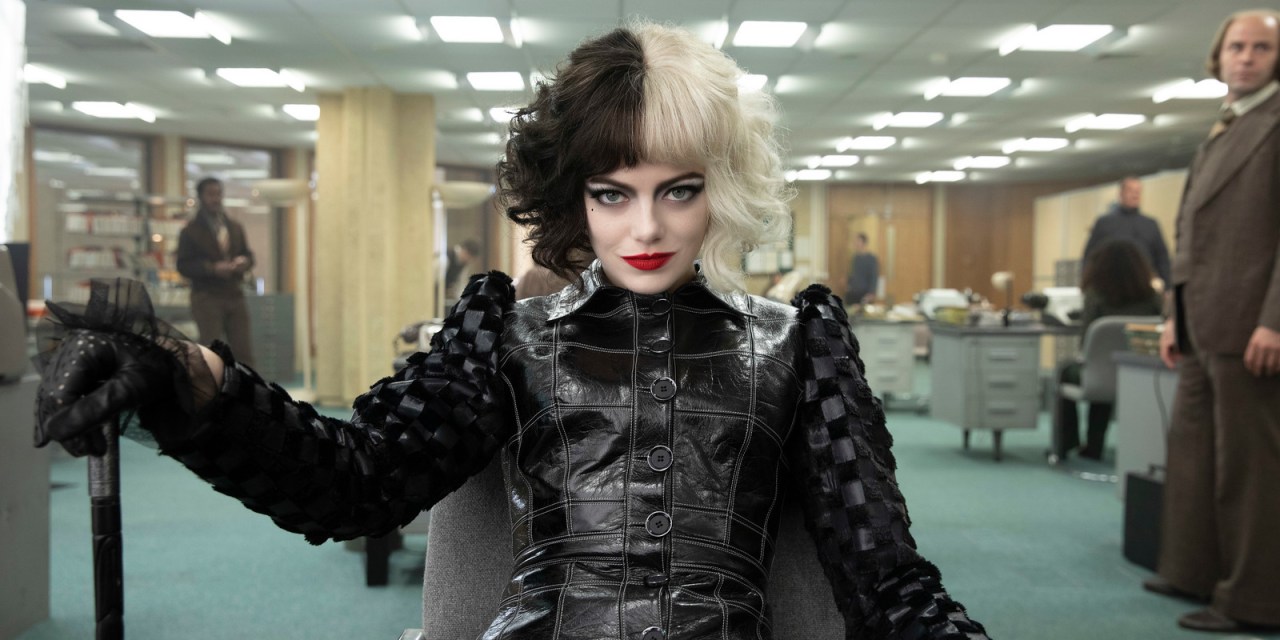 I have to admit, I had absolutely no expectations for Cruella going in. The trailers looked competent but didn’t reveal much – was this going to be a sanitized Disney version of The Joker? Will Cruella come into existence because we live in a society? Did we really need to know more about Cruella’s past? I wasn’t sold but I also was a blank slate. It’s hard to imagine a forced IP assignment like this one turning out any better than it did…

Unlike previous live-action remakes, this isn’t enslaved to the source material in a way that say, BEAUTY AND THE BEAST is. CRUELLA isn’t attempting to remake the animated classic 101 DALMATIANS, Disney did that in 1996 with Glenn Close. This is a prequel, kind of, but it writes its own rules and essentially becomes independent of the dognapping story we all know. That’s a good thing. This is new, and as a result, it’s unpredictable and just plain fun.

The film imagines how Cruella DeVil came to be in the world of 1970s London fashion, with Academy Award winner Emma Stone donning the two-tone wig. A department store janitor with very strong opinions, she crosses paths with the Baroness and tumbles head first into a world that unravels everything she thought she knew about herself and her past, putting her on a path toward her destiny of becoming Cruella DeVil.

The Baroness is a fashion mogul played to the sinister hilt by Academy Award winner Emma Thompson, whose every word, every lip curl, every blink is choreographed for maximum cruelty to everyone around her. Her casual, calm meanness will definitely remind audiences of Meryl Streep’s Miranda Priestly in The Devil Wears Prada, but where Miranda has an inner vulnerable self, the Baroness does not. She’s a maniacal narcissist who will stop at literally nothing to stay on top. “Gratitude is for losers” is just one of the bits of advice she tosses out with intonation so cold Elsa would shiver.

Commenting on her character, Thompson was not kind in her assessment. “Awfulness in any profession is always possible and I suppose the Baroness is a mixture of all kinds of people. She has to destroy all competition instead of thinking the competition might make her better. She presents as a very strong personality, but in fact she is very weak.”

Thompson has joked in the past about an imaginary rivalry with the “other Emma” and when asked about finally working with Stone, she decried her as being “much younger and more beautiful” and said that she “swallowed my bitterness and dealt with it, mostly by drinking Negronis late into the night.”

Stone wows with a layered performance that spans multiple personalities. She’s hilarious and heartfelt one moment, and pure villain the next. That’s what makes the whole enterprise work; even when Cruella is at peak “evil” she’s still our protagonist in a way that didn’t come together in 2014’s MALEFICENT.

Without getting into any details, the story is clever and full of twists. The reticent fan service touches are there, but they don’t overwhelm. Broadway fans will feel deja vu as well known story points get revealed in clever ways a la WICKED, and Cruella is really more misunderstood than the monster we knew her to be. The screenplay is credited to Dana Fox (Apple TV+’s Home Before Dark) and Tony McNamara (Hulu’s The Great), and McNamara’s touch is particularly evident here. It’s witty and fast despite clocking in at over two hours in length. 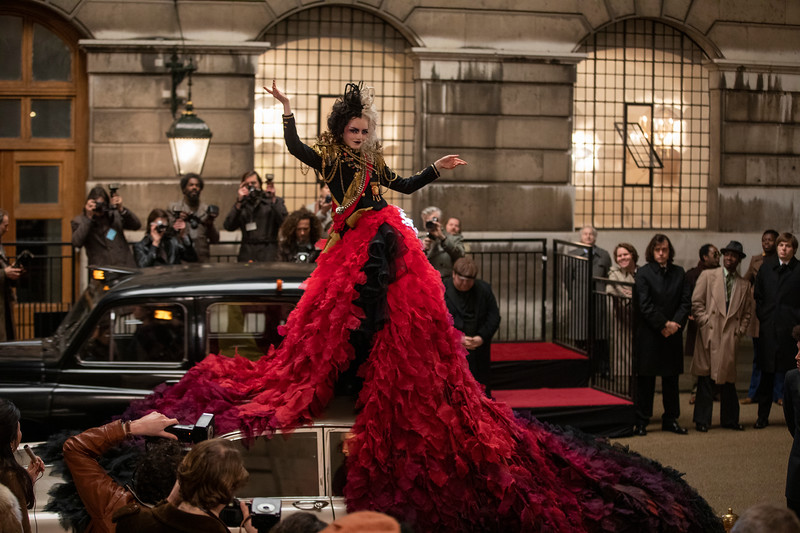 Director Craig Gillespie (I, TONYA) has created a stylized fantasy world that feels gritty and dark for a Disney branded film (in a good way). His Spotify playlists must be off the hook because the movie’s soundtrack is banger after banger. He told us that process was collaborative and happened organically on set. While filming a scene with Stone, they decided together that she should be singing to herself and settled on Nancy Sinatra’s “These Boots Are Made For Walkin'” – it’s absolutely perfect on screen. A new single from Florence and the Machine plays over the end credits, “Call Me Cruella”, and audience members will be Shazaming as soon as the lights come up.

It would be impossible to omit Jenny Beavan, the film’s costume designer, whose work here is absolutely jaw-dropping. Each of Cruella’s red carpet crashes are particularly stunning, with the last provoking audible gasps from my fellow audience members. She’s a shoo-in for the Academy Award and she absolutely deserves it. Nadia Stacey, hair & makeup designer, and her team knock it out of the park right alongside Beavan. Production design is top notch from Fiona Crombie – this movie couldn’t look any better if it tried. 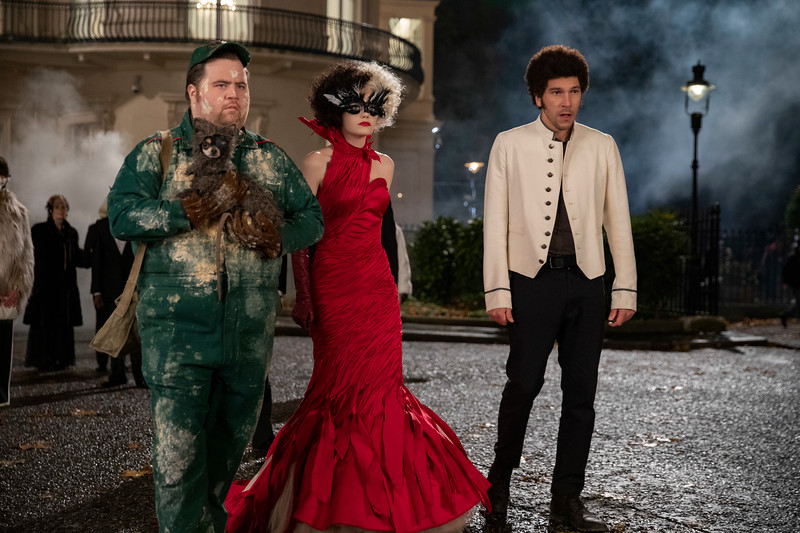 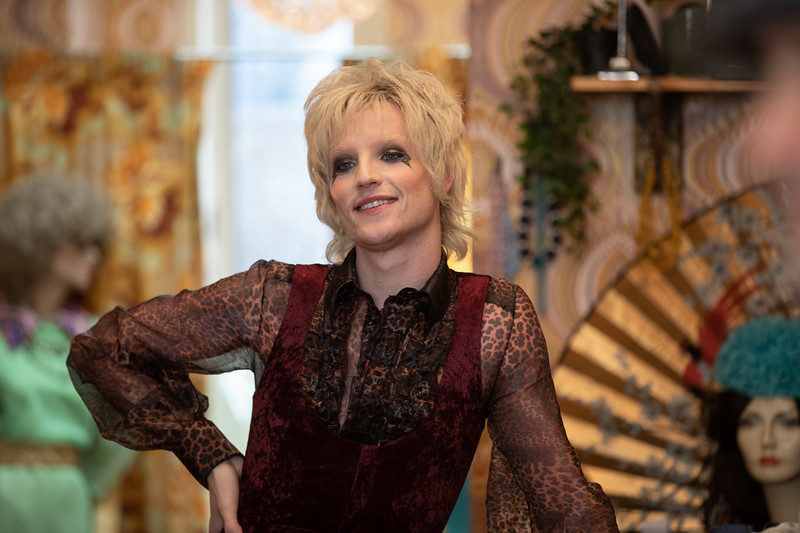 CRUELLA bursts simultaneously into theaters and on Disney+ Premier Access on May 28, 2021. But, darling, see it on the big screen if you can! It’s a treat. 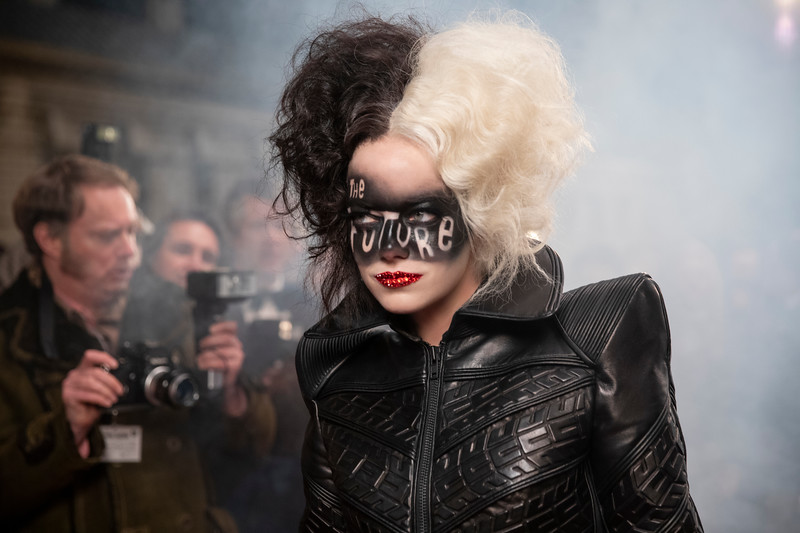