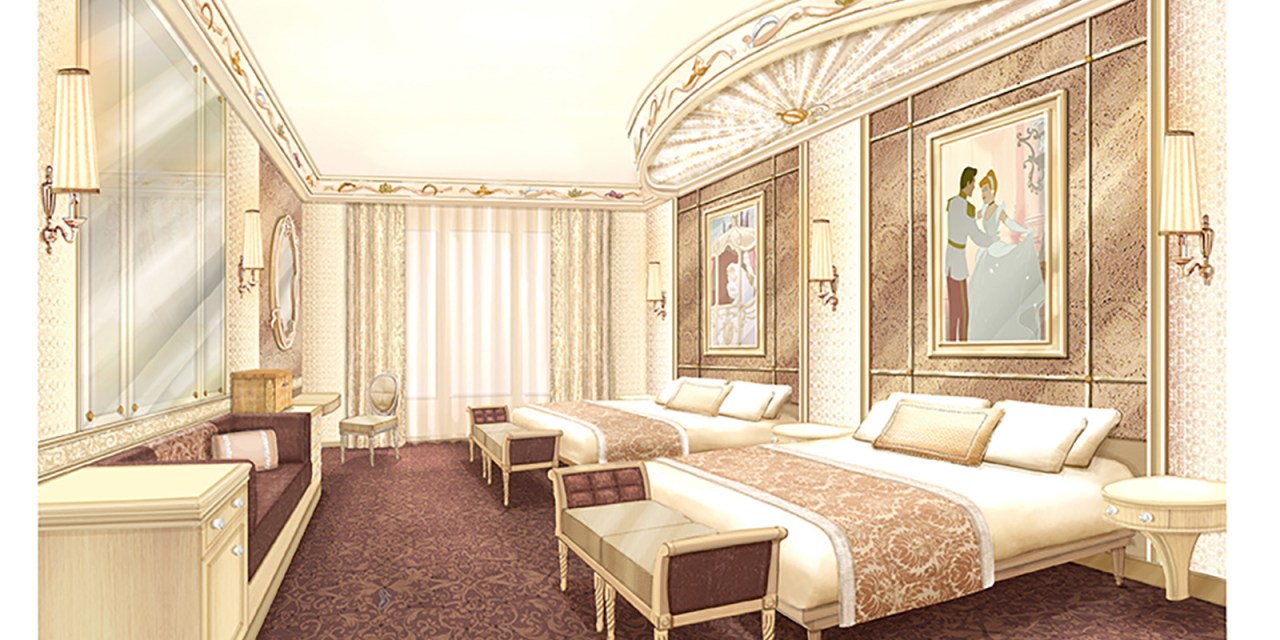 Disneyland Paris announced today that it will soon undertake a major transformation of the Disneyland Hotel. The ambitious new plans will make it the first Disney property to specifically celebrate a royal theme, inspired by Disney’s empowered heroes and princesses.

All hotel rooms and suites will be entirely rethemed to offer the most immersive guest experience.  The theme will maintain a distinctly upscale aesthetic with special touches from Walt Disney Animation Studios classics such as CINDERELLA (shown in the concept art as artwork in the room) with inspiration from other stories including SLEEPING BEAUTY, FROZEN, and TANGLED.

Disney cautions that it still intends to pay homage to the elegant Victorian architecture of the iconic lodging destination. The royally-rethemed rooms and suites will be further reflected at an expanded pool area and spa and with rethemed restaurants and bars, as well.

This full-scale refurbishment is the part of a broader ambitious multi-year renovation plan for the 5,700+ hotel rooms across Disneyland Paris hotels.  The resort is currently finishing touches on the newly rethemed Disney’s Hotel New York—the Art of Marvel. 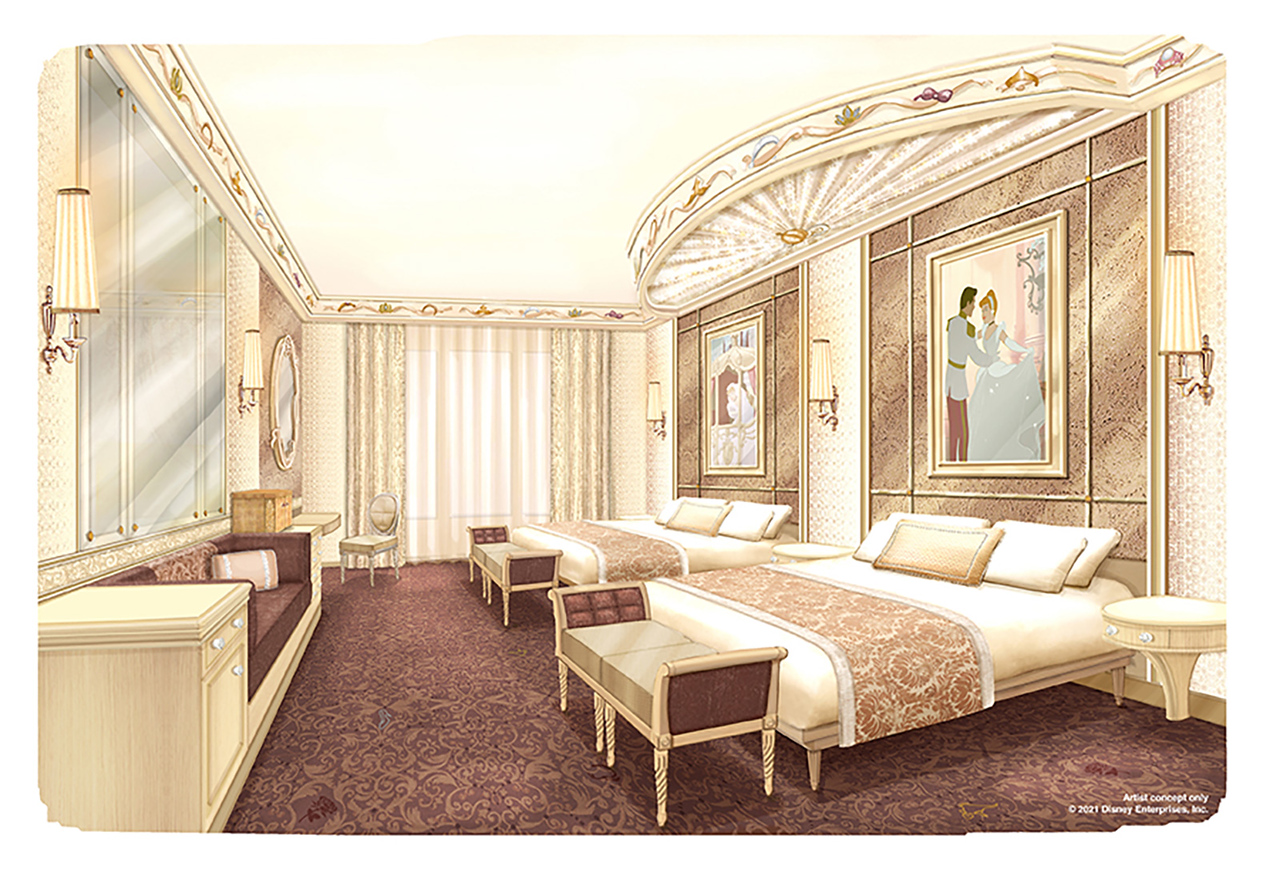