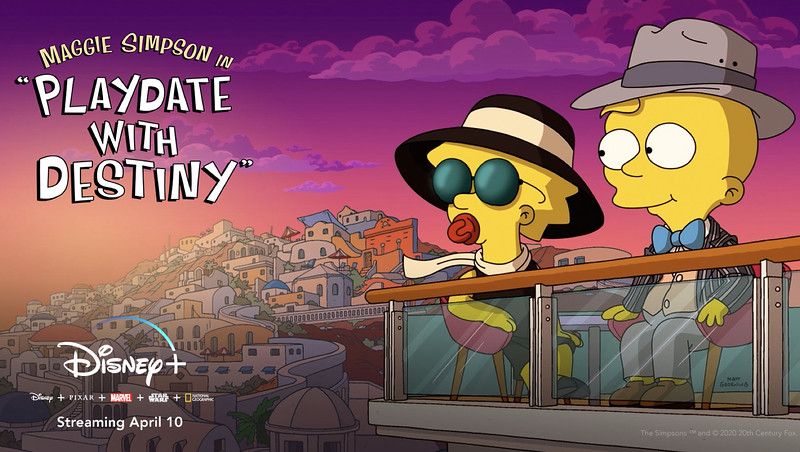 Not very many people had the chance to see the adorable new Simpson’s animated short PLAYDATE WITH DESTINY in theaters for its way-too-brief engagement last month. It was playing across the country ahead of the brand new Disney-Pixar animated feature, ONWARD. Luckily, the short (as well as the feature film) is now available on the Disney+ streaming service and this past week MouseInfo had the opportunity to sit down and hear from director David Silverman.

Maggie Simpson features in this dialogue-free romp that takes the precocious toddler on a chance encounter at park with a heroic young baby who whisks her from danger — and steals her heart.

Silverman is no stranger with handling the family from Springfield, USA. Apart from being involved with the franchise since its early days, he’s also had the distinct honor of helming the only other two Simpsons theatrical releases, THE SIMPSONS MOVIE and THE LONGEST DAYCARE short. How this was all able to be seated ahead of Disney-Pixar theatrical release? Silverman credits James L. Brooks for lobbying the distinct honor.

The short began production around August 2018 and was completed in January of this year, just a few weeks shy of its theatrical debut on March 6. “Bob Iger really liked it” recalled Silverman after the initial screening. 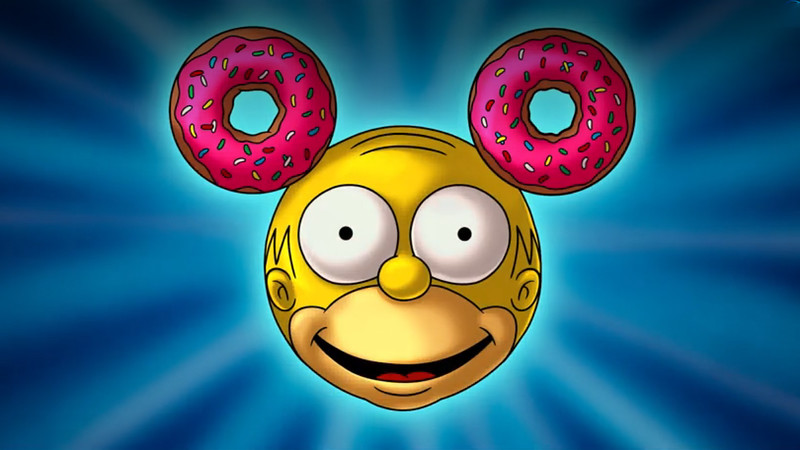 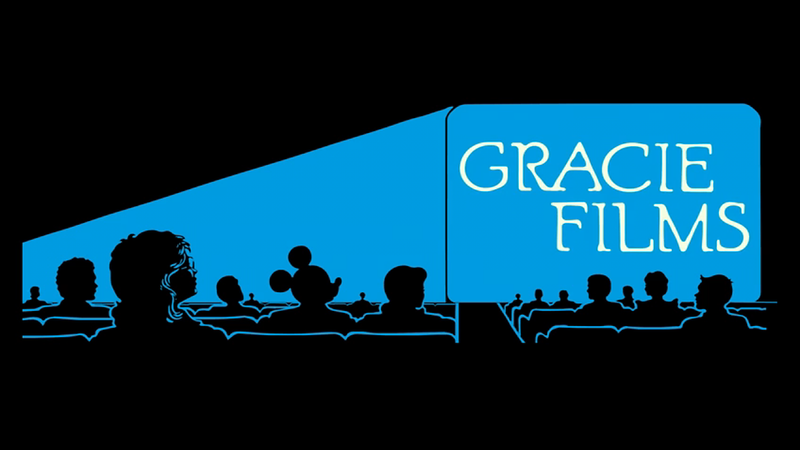 While there are no intentional hidden Mickeys to find in this short — “it didn’t occur to us,” Silverman admitted —  it’s still very clear that this is a production for the Mouse. The short begins with a title card evocative of old Disney Silly Symphony where we quickly find that the Mickey silhouette turns into Homer holding up two trademark pink donuts. The only other reminder of the Mouse comes at the very end with the iconic Gracie Films production card that’s been updated to include Mickey Mouse as one of the audience goers in the theater.

The music actually stands a strong element here, done by composer Jim Dooley who has a few big-ticket Simpsons projects under his belt including the original movie and ride amongst others. He brings a grand and cinematic sound that echoes the more artsy direction Silverman and filmmakers wanted to take with the short; a decidedly more sophisticated approach as the first official Simpsons short under Disney’s tutelage.

As far as working on THE SIMPSONS since Disney’s taken over, Silverman echoed a sense of “if it ain’t broke, we ain’t gonna try to fix it” approach which should certainly be promising news to fans. PLAYDATE WITH DESTINY joins an already impressive “The Simpsons” collection on Disney+ which includes not just THE SIMPSONS MOVIE but also 30 seasons of the Emmy Award-winning television series.

PLAYDATE WITH DESTINY is now available to stream on Disney+. 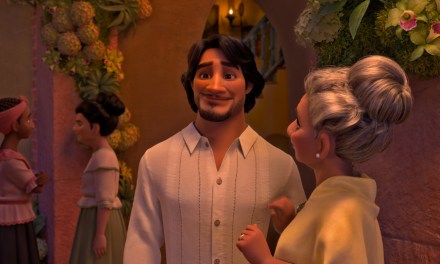