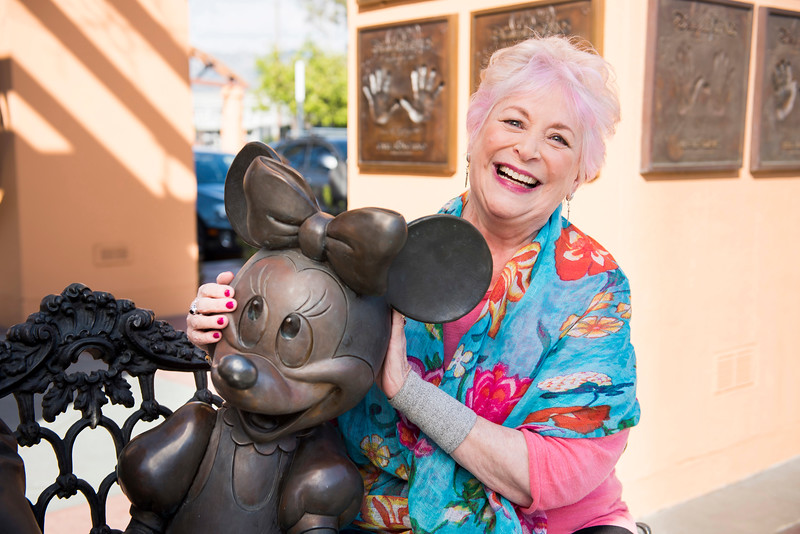 Acclaimed voice actor and Disney Legend Russi Taylor passed away in Glendale, California, on July 26, 2019. She was 75. Although her face and name might not be familiar to the average person her indelible voice has given Minnie Mouse her trademark sass for decades.

She may best be known for providing the voice of Minnie Mouse but Russi lent her talents to tons of characters over the years including Huey, Dewey, Louie, AND Webby on the original DuckTales; Gonzo and Camila on Muppet Babies; plus a scattering of other Disney characters for various uses including Fairy Godmother, Drizella Tremaine, Fauna the green fairy, and Clara Cluck.

“Minnie Mouse lost her voice with the passing of Russi Taylor. For more than 30 years, Minnie and Russi worked together to entertain millions around the world—a partnership that made Minnie a global icon and Russi a Disney Legend beloved by fans everywhere. We’re so grateful for Russi’s talent as well as the tremendous spirit and great joy she brought to everything she did. It was a privilege to have known her and an honor to have worked with her, and we take comfort in the knowledge that her work will continue to entertain and inspire for generations to come. Russi will be sorely missed and our hearts go out to her family and friends, along with our deepest condolences.”

According to Disney, there were some very big yellow heels to fill when she beat out 200 other hopefuls during a 1986 audition to win the coveted role of Minnie Mouse. She would go on to voice Minnie in the films Who Framed Roger Rabbit, Runaway Brain, Get a Horse!, and Mickey, Donald, Goofy: The Three Musketeers, as well as several television series, including Mickey MouseWorks, House of Mouse, Mickey Mouse Clubhouse, Mickey and the Roadster Racers, and the award-winning Mickey Mouse shorts series for Disney Channel from Disney Television Animation that debuted in 2013.

Disney fans will remember that Russi found her real-life Mickey in the mid-1980s in the form of Wayne Allwine, who himself voiced Mickey Mouse! A romance written in the stars. The pair married in 1991, remaining as inseparable as their animated counterparts until Wayne’s passing in 2009.  “I really want whoever comes after us to be aware of the history and the tradition, and to love the characters as much as we do,” she said of herself and Wayne.

It is with absolutely heavy hearts that we wish her, her family, and all of her fans and admirers the utmost best wishes. We’ll end with a quote from Taylor herself:

“I never wanted to be famous. The characters I do are famous, and that’s fine for me.”