Avengers, they’re just like us! Cast and Crew give sneak peek into AVENGERS: ENDGAME 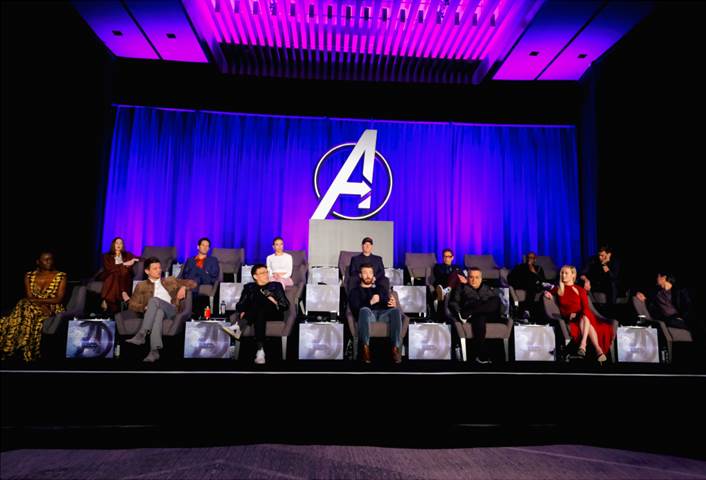 On Sunday, MouseInfo was in the room for the global press conference to launch AVENGERS: ENDGAME. Traditionally the press is shown the movie before the junket, but secrecy is paramount for ENDGAME so we haven’t seen the movie yet – and neither has the cast.

Anthony and Joe Russo, the film’s co-directors, even let us know that they’re still working on the film’s final cut. We’re on pins and needles y’all!

The press conference started with a dramatic reminder of the fallen. Last year’s INFINITY WAR junket featured a huge stage filled with the movie’s massive principal cast. This year, the stage had the same number of seats, but the characters who fell to Thanos’ snapture were noticeably absent, leaving just the survivors onstage to discuss the movie. 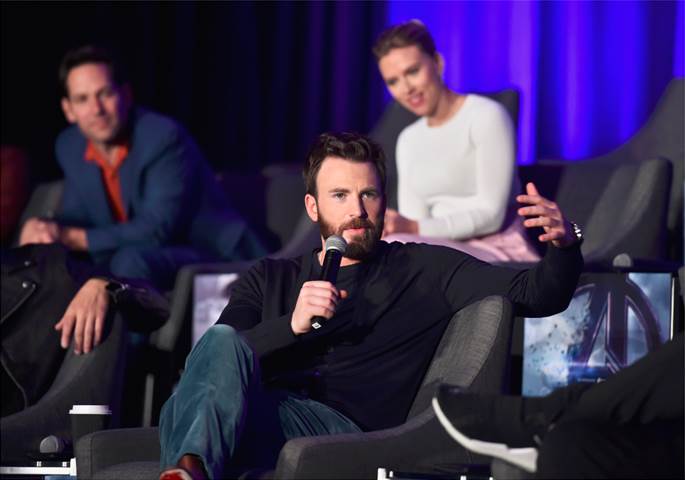 Since no plot points could be divulged, most of the questions from moderator Jon Favreau and the assembled press revolved around the incredible success and length of the Marvel Cinematic Universe so far. Each cast member pointed to the incredible relationships they’ve forged along the way, and it’s easy to see that Robert Downey Jr. and Chris Evans have a special, torturous bond. Check out this video clip we tweeted from the event:

.@ChrisEvans can’t say much about the movie, so @RobertDowneyJr brought up how Chris skipped Paul Rudd’s 50th birthday party last night and it got REAL #AvengersEndgame pic.twitter.com/dXM6kXlY6p

It didn’t stop there with RDJ and Chris:

.@RobertDowneyJr wants to know exactly what @ChrisEvans has been up to in Washington. #AvengersEndgame pic.twitter.com/pfl8pjPUOM

The cast is pretty evenly divided by a poll question – which do you prefer, bearded Cap or clean shaven Cap? RDJ explains his third choice, recounting the circumstances behind filming the shawarma after credits scene for THE AVENGERS in 2012: 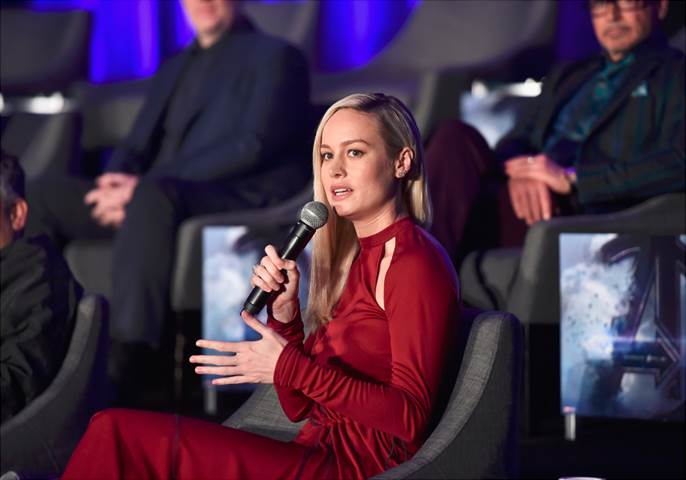 Marvel newcomer Brie Larson took the opportunity to say that she felt she’s joined at the “most magical time” for the franchise, and proceeded to let us know she’s the on-set Boggle queen. This prompted a huge argument, as super heroes from across the stage all claimed Boggle dominance.

We had an amazing time hearing from these incredible artists about how they’ve crafted the most successful film franchise of all time.

these delightful nerds all play Boggle together and you won’t believe what word @MarkRuffalo found #AvengersEndgame pic.twitter.com/RL4Qflfl2i 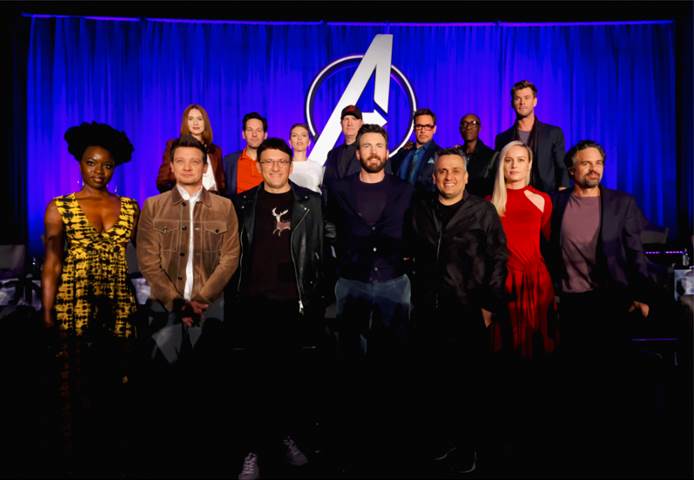