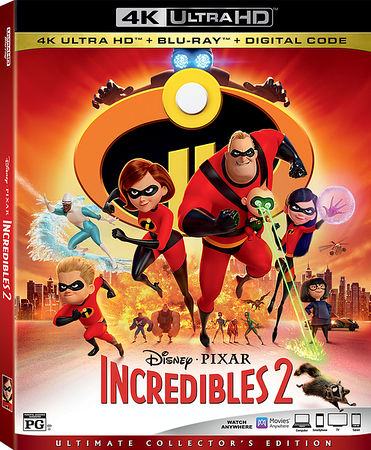 INCREDIBLES 2 smashed records on its theatrical romp this year and now the family of supers is ready to come home on Digital in HD and 4K Ultra HD™ and on Movies Anywhere on Oct. 23, and on Blu-ray 4K Ultra HD,™ Blu-ray,™ DVD and On-Demand on Nov. 6.

The release promises hours of extra content including digital-exclusives like the two SuperScene Breakdowns and a featurette with Samuel L. Jackson discussing his character Frozone a.k.a. “The Coolest Guy in Show Business.” Other extras include a the new short “Auntie Edna”; an inside look at the impressive production team at Pixar Animation Studios; documentaries highlighting the film’s relatable characters and stand-out scenes; 10 never-before-revealed scenes; filmmaker commentary; the touching theatrical short “Bao” and a corresponding featurette about how the dumplings sprung to life; and much, much more!

“Incredibles 2” is packaged and released in several different ways, offering families the flexibility to watch the movie instantly and on a variety of devices of their choosing, including Digital 4K Ultra HD, HD and SD and physically as a 4K Ultra HD Combo Pack (4K Ultra HD, Blu-ray and Digital Copy), a Multi-Screen Edition (Blu-ray, DVD and Digital Copy) and a single DVD.  Additionally, the Digital HD/SD, Blu-ray and DVD versions of the film have been modified in an effort to accommodate photosensitive viewers, however individual sensitivities may vary. 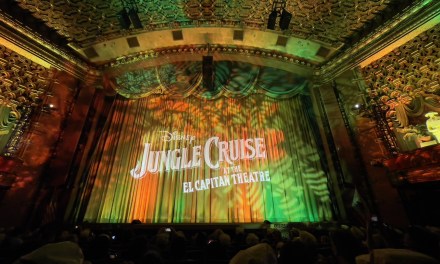 PICTORIAL: Inside the D23 Opening Night fan event for JUNGLE CRUISE at the El Capitan Theatre!