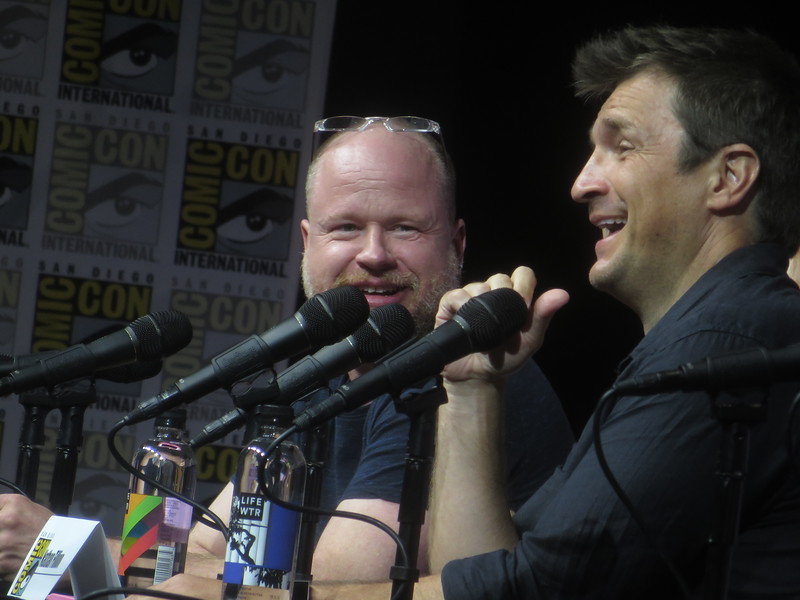 In 2008, Dr. Horrible’s Sing-Along Blog became a beloved webseries so to celebrate it’s 10th Anniversary cast and creators took to San Diego Comic-Con to look back on the

The show tells the story of Dr. Horrible (played by Neil Patrick Harris), an aspiring super-villain; Moist (Simon Helberg), Dr. Horrible’s minion; Captain Hammer (Nathan Fillion), his nemesis; and Penny (Felicia Day), their shared love interest. Celebrate the 10th anniversary of this popular show by attending this lively discussion and celebration with creator Joss Whedon, Nathan Fillion, Felicia Day. Unfortunately, scheduled panelists Jed Whedon and wife Maurissa Tancharoen were unable to attend the Con this year due to work but they sent along a written message that Fillion and Day respectively read including some “unintentional” asides.

Whedon was consistent in his wry and dry sarcasm, Day was characteristically quirky and hilarious, and Fillion on par with his trademark undeniable charm and humorous wit. Fan questions were predicably awesome. Whedon re-iterated that he wants to make more Firefly (getting a standing ovation from Fillion). The whole thing was a delight and a reminder to the wonderfulness of the franchise that is definitely worth revisiting.

Find more of the moments from our live-tweets! 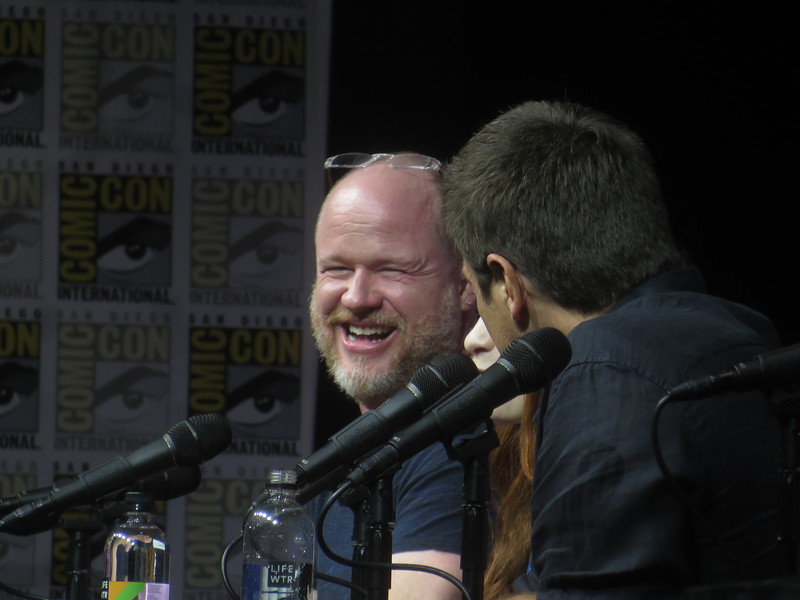